Utah State University’s Department of Communicative Disorders and Deaf Education has partnered with Cache Community Connections for seven years to sponsor a production of George F. Handel’s famous Messiah. This production, however, is a unique blend of English, Spanish and American Sign Language, making it a multicultural event for the more than 100 singers, 50 instrumentalists and 21 theatrical interpreters for the Deaf who were featured in the production.

The director of audiology in USU’s Department of Communicative Disorders and Deaf Education, professor John Ribera, is the architect behind this grand production.
“The message, the music and the man who composed it have always intrigued me,” said Ribera. “It as the darkest time in Handel’s life, when everything seemed against him, that he came up with a masterpiece now played all over the world. It is very inspiring and I never tire of it. “

This year’s production added an educational family matinee to the schedule. It provided fascinating insight into the life and times of Handel. Concert etiquette, Baroque music, Deaf culture and other such topics were also included in the matinee.
“Seeing a community of many people from many different ways of life blend together in harmony is amazing,” said orchestra member Robert Robinson. “Friendships were built, trust was established and love was shared with everyone.”

The exposure of American Sign Language to the community has been one of the greatest benefits of this Messiah performance. Deaf people traveled from Salt Lake City and Provo to see the performance in Logan. Several Deaf people came with balloons to feel the vibrations of the orchestra in their hands.

The head of the deaf education program, Freeman King, asked Deaf education senior Lacey Scott to become involved with the production three years ago. “I joined without knowing what I was getting into,” said Scott, “but it has become one of the greatest things I’ll remember about USU.”

Scott volunteered to coach the other Deaf interpreters, and, despite the challenges of learning her part and coaching, she found the experience quite rewarding.

“We don’t follow the lyrics,” said Scott. “We tell many stories of Christ and we become the characters. We become the sinners, the angels, the believers. We also become Christ as we express the thoughts and feelings that he must’ve felt.”
Proceeds from the concert series support the annual international humanitarian hearing healthcare mission. The mission provides services to underprivileged men, women and children from faculty and doctoral students in audiology. The proceeds from the 2007 Messiah production allowed the mission to see over 300 patients and fit over 40 hearing aids in Mexico. This year the humanitarian team will travel to the Dominican Republic where they will provide services for children in schools for the Deaf. 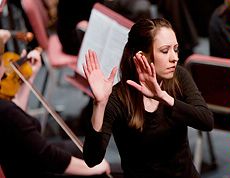 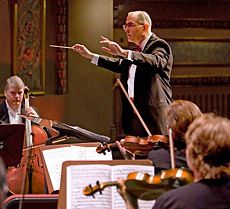 An exhibit of the visual art of Kelie Hess, an artist who creates abstract, rhythmic expansions of color that suggest elements of nature, is on display at USU's Sorenson Center. 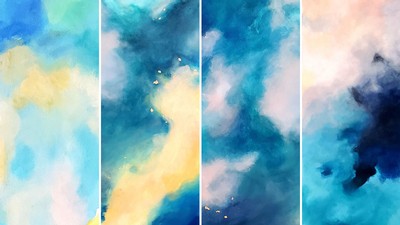