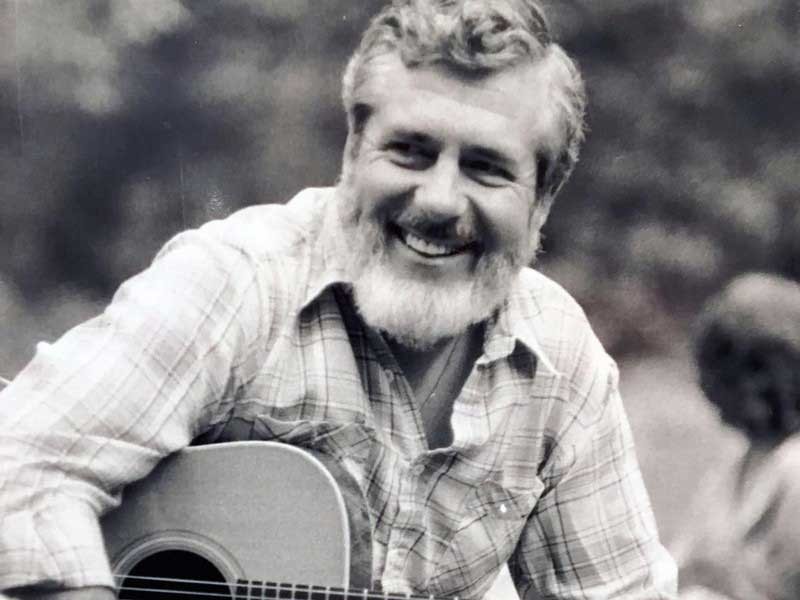 Barre Toelken was born in 1935 to a musical family in Enfield, Mass., a town now replaced by a reservoir that serves nearby Boston. He died Friday, Nov. 9, 2018, in Logan at age 83. He spent nearly 20 years at Utah State University as a professor of English and a folklorist, eventually retiring in 2003.

That’s the official obituary. Then, there’s the Toelken folklore. He was charming and funny and, according to one colleague, “had a sparkle in his eye.” He gained international prominence as a folklorist and director of USU’s Fife Folklore Archive, and he’s considered to be the world’s expert on Navajo folklore.

And, he loved his students. The feeling was mutual.

The first impression Toelken made on Lisa Gabbert, now a folklorist and associate professor of English, was when she was a graduate student. Toelken had filled a van with folklore students and ferried them to a conference in California.

“I just remember being so impressed by that. It was sort of beyond my comprehension that a professor would load up a bunch of students and drive with them and spend all those hours,” she said. “That was just him.”

His research, too, influenced the next generation of folklorists, said Evelyn Funda, professor of English and an associate dean in the College of Humanities and Social Sciences.

A memorial service to honor Toelken will be held at 2 p.m. on Saturday, Dec. 15, in the Eccles Conference Center, according to Randy Williams, coordinator of the Fife Folklore Archives in the Merrill-Cazier Library, and a student of Toelken.

Toelken’s scholarly breakthroughs were many, say Funda and Gabbert. He studied Anglo-American folk music, for instance, as well as the mythology of the Southwest’s Navajo people.

And, according to his resume, he edited three prominent folklore journals during his career: Northwest Folklore, Journal of American Folklore and Western Folklore. He authored the respected textbook The Dynamics of Folklore and wrote many scholarly books, including The Anguish of Snails: Native American Folklore in the West (Utah State University Press, 2003).

His title changed to emeritus professor upon his retirement in 2003. But he could be found on campus for many years after, working in an office in the library and meeting students in campus cafes. In 2016, he was awarded the Lifetime Scholarly Achievement Award by the American Folklore Society.

Toelken leaves several legacies in folklore research. Perhaps, though, the most influential results from his lectures, public speeches and articles on “The Yellowman Tapes, 1966-1997.”

Toelken had spent more than 40 years collecting Navajo stories — many of them sacred — and building tight relationships with Native American families, Funda says. “He knew how sacred those stories were and when it was permissible or not permissible to tell them.” Some stories, for instance, can only be told during solstice.

“As a folklorist,” she said, “he learned where that line was, and when to not cross that line. Because of that, he gained a respect among Native Americans that they told him those stories and trusted him to keep sacred the stories.”

One of his many sources was the Yellowman family in Montezuma Creek. After decades of interviews and research, Toelken eventually made the decision to destroy the Yellowman papers, and, instead of the archive, he placed the cassette tapes with the family.

The decision was criticized by some folklorists.

“Most researchers think the research is sacred,” said Funda. “And here was Barre saying, ‘No, the people and the culture is sacred, and the research takes second place’. For him it was a matter of whether or not he could live with himself.”

Gabbert agrees. “Some people in the field thought that the preciousness of those tapes outweighed what you should do with them,” she said. But over time, she adds, “his decision has been held up to students as a model, as the gold standard.”

His students, including Steve Siporon, professor emeritus in English, will remember much more than academic details, however. For instance, there was the evening folk music singalongs. In the years following a devastating stroke, said Funda, “he rebuilt his language through folks music. He had difficulty talking, and one of his therapies was that all kinds of people came over and they all sang together.

“That’s that funny line with Barre,” said Funda. “It starts out as scholarship and he moves to something incredibly personal.”

Toelken’s explanation of his decision regarding the Yellowman stories can be read at https://digitalcommons.usu.edu/english_facpub/712/. 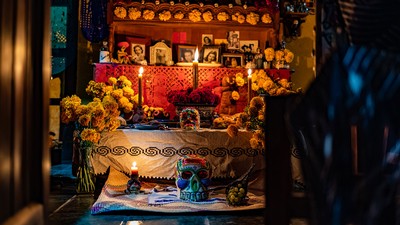