Beverley Taylor Sorenson, tireless advocate for arts and education and highly influential philanthropist, passed away Monday, May 27, at age 89.

Beverley is deeply respected for guiding the development of innovative arts education programs and other highly impactful philanthropic efforts. She was an avid supporter of Utah State University in many areas, in particular, those areas related to arts education.

The Sorenson Legacy Foundation was established by Beverley and her husband, James LeVoy Sorenson, to support cultural, educational, scientific and community-focused projects that improve the lives of people throughout the world. In this light, Beverley donated to USU in many ways, most notably with the establishment, in 2011, of the Beverley Taylor Sorenson Endowed Chair for Elementary Arts Education housed in both the Emma Eccles Jones College of Education and Human Services and in the Caine College of the Arts. In 2012, another Sorenson Foundation gift helped USU join the elite ranks of becoming an “All Steinway School” with the purchase of 44 new Steinway and Steinway-designed pianos, upgrading and replacing all pianos in its music department.

Beth Foley, dean of the Emma Eccles Jones College of Education and Human Services, said Beverly’s generosity and legacy will continue thanks to her tireless support of working to return arts education to Utah classroom.

Growing up during the Great Depression, Beverley learned early the value of hard work, love and sacrifice. After earning a bachelor’s in education from the University of Utah, Beverley moved east to teach kindergarten at a Quaker School in Brooklyn, New York. It was during this time Beverley met her husband, who would later become a prominent medical device inventor, entrepreneur and philanthropist.

Beverley once said that children need the arts and that her foundation continued to give to Utah State University because of the major role it plays in providing arts education and interaction opportunities for young people. In this light, she developed a teaching model in Utah that integrated high-quality arts instruction into the core curriculum of math, language arts, social studies and science. In 2008, the Utah State legislature endorsed Beverley’s efforts by allocating state funding to implement the teaching model she championed in 57 elementary schools across the state. In the 2013-14 school year, the program will benefit tens of thousands of students at approximately 130 Utah elementary schools.

“We are saddened by the loss of Beverley Sorenson,” said USU President Stan L. Albrecht. “The university is indebted to the Sorenson Legacy Foundation and the many ways it has supported our arts programs throughout the years. We say thank you in Beverley’s memory and because of donors like her, Utah State University has a proud artistic heritage and a bright future.”

Beverley is survived by eight children, 49 grandchildren and 65 great-grandchildren. James Sorenson passed away in January 2008. 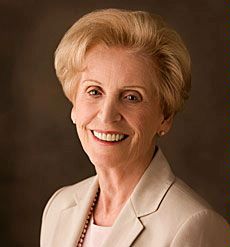