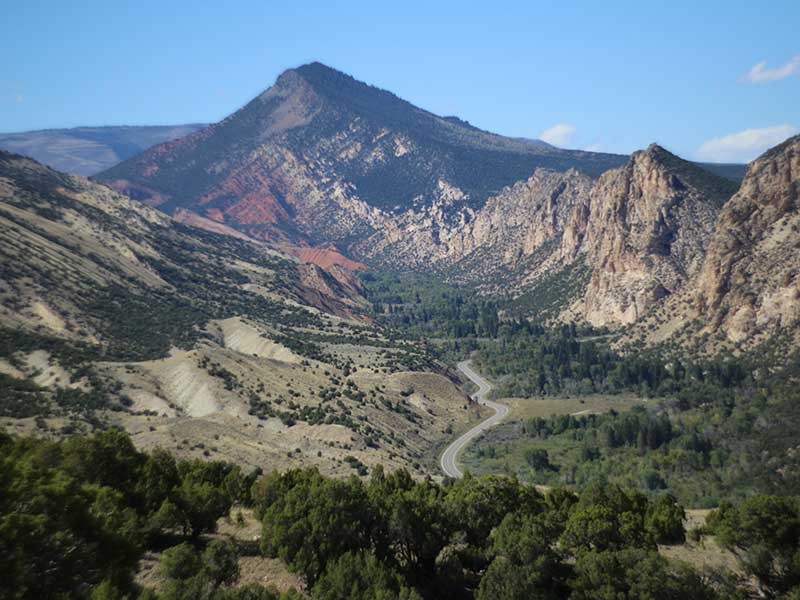 The Permian-Triassic boundary in Sheep Valley, Utah, east of Richfield, looking west toward State Highway 44. Rocks on the left of the road are Permian in age; red rocks and tan sandstones in the distance on the right are Triassic in age.

“Volcanic activity in Asia appears to have ignited a coal-rich basin in Siberia, which began to burn,” he says. “A huge pulse of carbon dioxide, sulfur, mercury, lead and zinc filled the Earth’s atmosphere and, today, we find evidence of those elements here in Utah.”

Burger stumbled upon the Permian-Triassic boundary, while filming a classroom video and after working on another project on Permian-aged rocks with USU master’s student Larry Tackett near Flaming Gorge Reservoir.

“I took some rock samples and brought them back to the lab for analysis,” he says.

Burger enlisted help from geology colleagues at USU’s Logan campus, as well as contacts at the University of Nevada, to analyze his samples.

“The rocks began to tell a story,” he says. “It’s as though we had a nice little time capsule.”

“What they didn’t have also revealed clues,” Burger says. “We found little platinum, palladium, copper, nickel and other elements that would indicate evidence of an asteroid impact or volcanic ash.”

Burger and his colleagues’ discovery is the first well-documented evidence of the Permian-Triassic boundary here in the United States. Scientists have studied the boundary extensively in China, as well as at sites in South Africa, southern Australia, Antarctica and Greenland.

“Here in Utah, we have an excellent example for American scientists to study,” he says.

Burger’s next step is to search for fossils of the teeth of conodonts – tiny, worm-like creatures that inhabited the oceans during the Great Dying. Many of their calcium phosphate-rich fossils have been found in China. Fossil finds in Utah could help scientists reconstruct the period’s ocean temperature in the American West.

“Using these teeth, Chinese researchers estimate ocean temperatures during that time reached temperatures you’d find in a hot tub,” Burger says. “It will be interesting to see how warm the ocean water was here in Utah.”

What scientists learn could shed light on current signs of rapid climate change, he says, when the atmosphere becomes enriched in carbon dioxide.

Burger has produced a trove of classroom videos, which provide easy-to-understand explanations of his current research, as well as other geologic phenomena. View his videos on his Youtube channel. 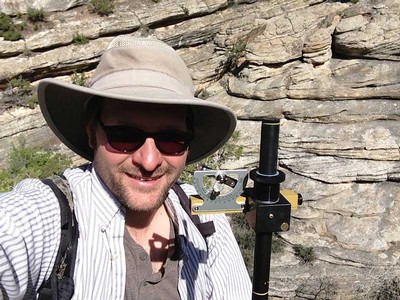 USU geologist Ben Burger wields tools of his trade, an Alidade level and a Jacob Staff, as he surveys and measures thickness of rock layers. Burger reports evidence of the Permian-Triassic boundary here in the United States. 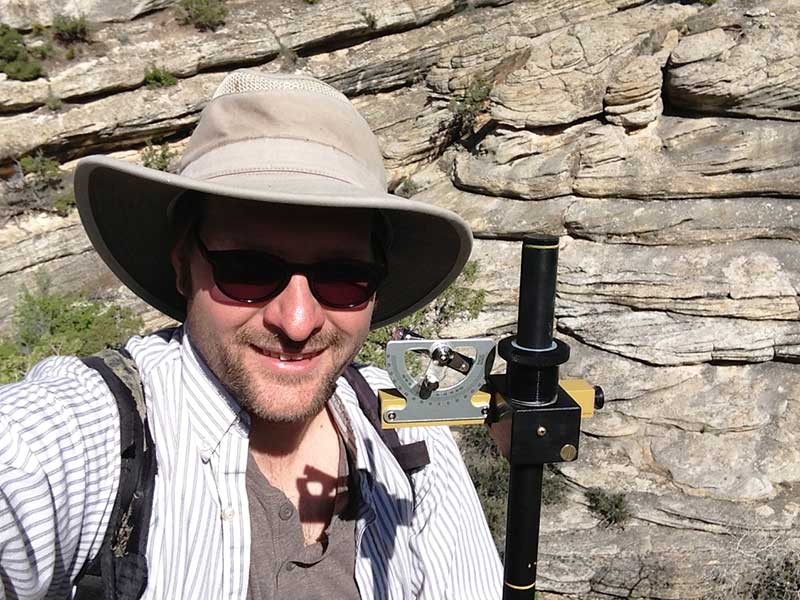