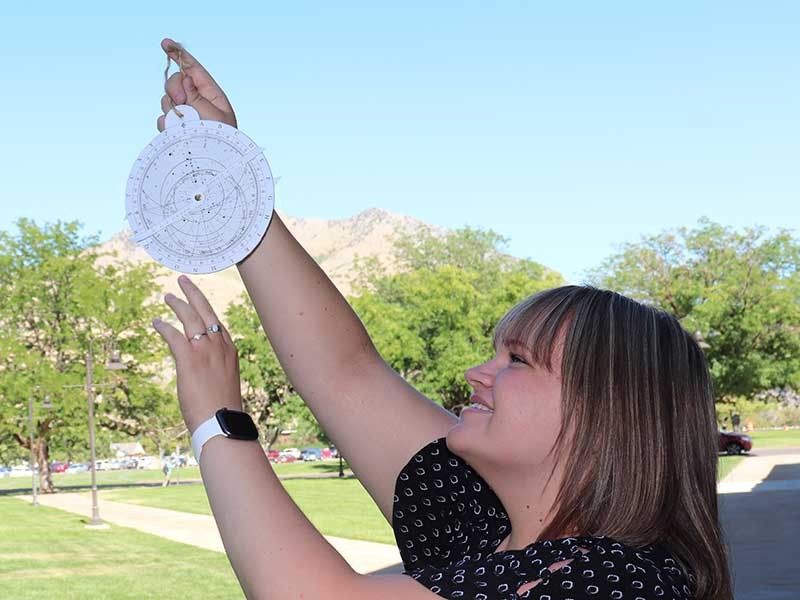 Utah State University Undergraduate Research Fellow Olivia Brock loves solving jigsaw and logic puzzles, as well as the congeneric grace and physics of bowling and ice skating. She loves reading and writing. And she loves the art and science of airplanes, admitting she could spend hours watching planes take off and land.

“One of my first science fair projects as a child was developing a paper airplane demonstration showing how airplanes fly,” says the West Valley City, Utah native, who graduated from Hunter High School in 2017. “My partner and I won first place.”

With an eclectic range of interests, settling on a major at Utah State wasn’t easy.

“I started off in international business, then switched to journalism and public relations,” says Brock, an Honors student, who entered USU on a Presidential Scholarship.

But a class in statistics piqued her interest.

“Learning about statistics and seeing math in action to solve problems was exciting,” she says.

Brock chose a mathematics/statistics composite major, which she subsequently paired with art history.

An engaging class in English led her to yet another opportunity.

“After taking English 2010, I was encouraged to apply to be a Writing Fellow and I was selected,” Brock says. “That’s led to tutoring positions in the USU Writing Center and Science Writing Center. It’s been a dream job for college.”

Being a writing tutor is a great way to articulate and refine ideas with others, she says. “We talk about intellectual concepts in ways that don’t come up in casual conversation.”

Brock says teaching others inspires her own writing efforts. This past spring, a writing assignment in Professor Alexa Sand’s art history class sparked an idea for a research project.

“I wrote about astrolabes, instruments that originated in antiquity, used to determine how the sky looks at a specific place at a given time,” she says. “They range from simple to elaborate and, as I’m discovering, they represent a complex combination of art, religion, science and astrology.”

With mentorship from Sand, Brock’s investigation of the curious artifacts has been bolstered by a USU Undergraduate Research and Creative Opportunities (URCO) grant. In addition, Brock was named to the inaugural 2019 cohort of Caine Summer Arts Fellows, who participated in a series of workshops with the university’s Peak Summer Research Fellows.

“It’s been a great experience interacting with scholars from throughout campus,” Brock says. “Each person brings a unique approach and it’s interesting to bring all of those ideas together.”
As part of her summer research, Brock ventured to New York City’s American Museum of Natural History and the Metropolitan Museum of Art to view each institution’s rare collections of astrolabes.

“It was fascinating to observe the evolution of these oddly specific instruments, which changed through history and culture to meet different needs,” Brock says. “Some astrolabes were intricate works of art, while others, as time progressed, lost their beauty and were more utilitarian.”

She says the instruments, early inclinometers and forerunners of the sextant, grew out of Islamic civilizations in the 9th and 10th centuries. Initially used to determine times and direction for ritual prayer, astrolabes became tools for astronomy, astrology and navigation. In the pre-satellite/GPS world, astrolabes laid the groundwork for intrepid global exploration.

“Examining these instruments opens insights to time periods, when science and art weren’t so segregated,” Brock says. “The Enlightenment during the 18th Century, for example, saw a divergence of spirit and reason.”

Remnants of this rift remain today, she says.

“People who think they’re ‘bad’ at math or science may conclude they can’t have access to scientific inquiry and that’s not true,” Brock says. “Conversely, people who pursue science may lack confidence in the pursuit of art. That’s unfortunate, because the two complement one another.”

Want to make your own astrolabe? Brock recommends this website.

“I printed mine out, used some cardboard from a shoebox and a bit of twine,” she says. 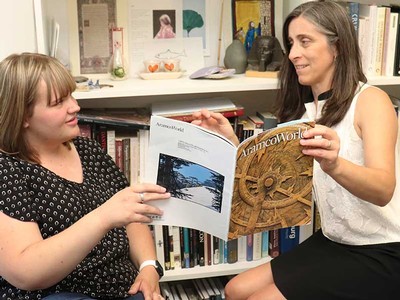 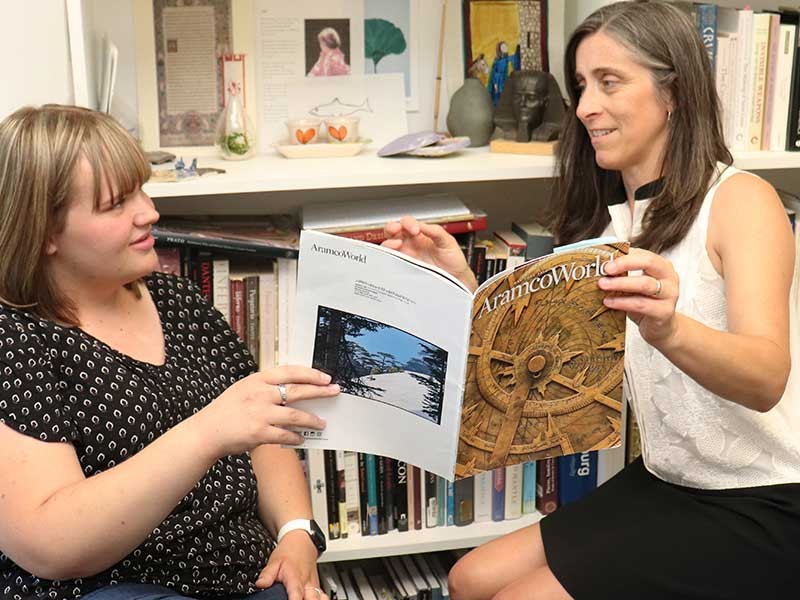