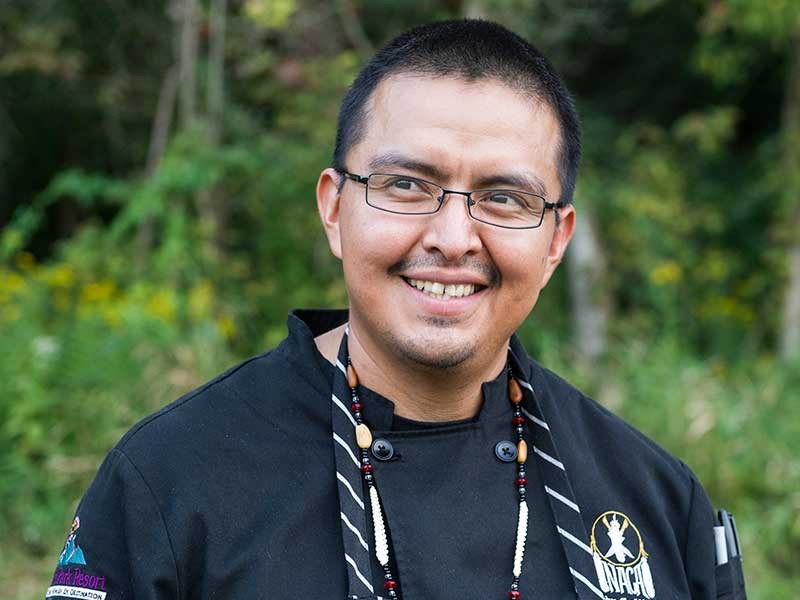 Native American Culinary Association founder, Chef Nephi Craig, is coming to Utah State University to conduct a series of foods presentations and deliver a lecture on his work with the “Three Sisters” of Native American cuisine—beans, corn and squash—and to teach nutrition and share cultural heritage.

Along with sharing on indigenous foodways, Craig will meet with folklore, nutrition, and plant, soils and climate students. The Three Sister’s feature prominently in USU Plant, Soils, and Climate graduate student Reagan Wytsalucy’s work. She is studying the “fourth Sister,” Cleome serrulata, commonly known as Navajo spinach. During his visit, Craig will work with Wytsalucy; including introducing Navajo spinach in some of his dishes.

Craig has 20 years of culinary experience having worked around the world and provides trainings, workshops and lectures on Native American cuisine for health at schools, restaurants, universities, treatment centers, behavioral health agencies and tribal entities. Two of Craig’s events at USU are open to the public.

During Craig’s 9-year tenure at Sunrise Park Resort, including serving as executive chef, he and his culinary team achieved many national and international benchmarks in establishing a culture of indigenous foods across the country.

Randy Williams, Fife Folklore Archives curator at USU’s Merrill-Cazier Library and affiliated Folklore faculty, met Craig at the National Cowboy Poetry Gathering in 2018 where he delivered one of the keynote addresses: “Ordinary People Doing Extraordinary Things.” As a committee member on Wytsalucy’s thesis committee, Williams realized that Craig’s work intersect brilliantly with Wytsalucy’s research. This prompted Williams to persue bringing Craig to USU to work with Wytsalucy and other students interested in culture and food.

“First of all, he’s going to bring amazing food to his presentations, but he is also going to bring a new way for us to look at traditional foodways and cuisine,” Williams said. “It will be interesting to see how a culinary chef interweaves traditional foodways into new culinary creations. His presentations push us to see indigenous foods in a new light, how we might look at French cuisine.” 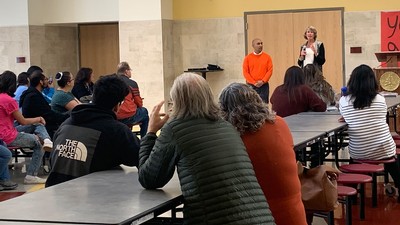