Birth is one of the many wonders of life, but sometimes it doesn’t go as planned. A mother’s immune system will occasionally interpret an embryo as a foreign tissue and reject it, similar to rejection of an organ transplant. Utah State University veterinary researcher Ken White has found that cloned cattle may hold the answer to this biological puzzle.
Most cloned cattle are spontaneously aborted between 30 and 90 days of pregnancy due to activation of the surrogate mother’s immune system. White is using cloned cattle to understand why the immune response causes cloned pregnancies to fail and hopes to use these studies to understand similar human pregnancy complications and how they can be remedied in the future. The National Institute of Child Health and Human Development gave White a $1.1 million grant to further study this animal model.

Widely recognized as an expert on cattle cloning, White worked with the team that cloned the world’s first mule, Idaho Gem, in collaboration with the University of Idaho in 2003. The Utah State University-UI team was the first to succeed among several teams worldwide attempting to clone a member of the horse family. The story of Idaho Gem played in news outlets around the world both because the clones were the first born to the horse family and because of their possible significance for future medical research.
“Animal cloning goes beyond creating superior cows, sheep and mules, it also may answer important questions about human health,” White said.
Contact: Ken White, 435-797-2149, ken.white@usu.edu 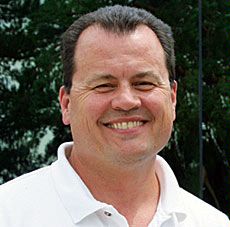