Utah State University engineering students have done it again, capturing first-place honors for the fourth time in five years. Not a bad record, especially considering that the highly competitive competition is hosted by NASA.

On April 22 USU’s Chimaera Rocket Team bested more than 500 students, representing 41 colleges and universities in 28 states, when the team launched its rocket and payload at Bragg Farms in Toney, Ala. This year’s victory marks the fourth first place entry by USU in the previous five years. The USU-built rocket was also recognized by the NASA peer review panel as the best overall vehicle design, an award given to the most creative, innovative and safety-conscious rocket design.

The NASA University Student Launch Initiative is a program designed to give students the opportunity to design, build and test high power rockets. The students are responsible for the designing, testing and building of the rocket. The rocket must carry a scientific payload, be reusable and be recovered within 2,500 feet of the launch pad. The USLI competition judges the overall winners according to a scoring rubric that includes design reports and presentations, and a final written report describing the flight experiment results.

A key element of the scoring rubric is the “altitude prize” for the team that comes closest to exactly one mile above the local ground level. The USLI concludes each spring with a daylong launch event near NASA’s Marshall Space Flight Center.

The USU student design deployed an inertial navigation and closed-loop energy management system to target the one-mile altitude. The team goal was to come to within 12 inches of the target altitude. Weighing in at approximately 30 pounds and measuring eight feet, USU’s rocket came within two percent of the target altitude and was sufficient to allow USU to win the overall competition.

“I’m proud of the students on our team,” said Stephen Whitmore, USU professor of engineering and faculty adviser. “They worked through challenging technical issues on launch day with great poise, steadfast purpose and perseverance to complete a successful launch — traits that cannot be learned in a formal classroom environment. Upon graduating from Utah State, students who have participated on the Chimaera team will enter the workforce having designed, manufactured, tested and flown a complex rocket. Their experience is one that relatively few college graduates can point to and will serve them well as they start their careers.”

The USU Chimaera rocket team has a tradition of naming its rockets after fish. In keeping with tradition, the 2011-12 USU rocket is named “the Sturgeon.” The Sturgeon is one of the oldest known fish with fossils dating back 200 million years. They are large enough that they have few predators and are capable of swallowing entire salmon. Due to overfishing and poaching, more than 85 percent of Sturgeon species are at risk of extinction. As a result they have been declared the most critically endangered species.

Utah State University is one of the nation’s premier student-centered land-grant and space-grant universities, providing access to a research-intensive environment that fosters the principle that academics come first. The university cultivates diversity of thought and culture and serves the public through learning, discovery and engagement.

USU’s Mechanical and Aerospace Engineering Department was the home department for the team. The College of Engineering at USU is committed to offering high quality and innovative graduate and undergraduate programs in engineering disciplines that include biological, civil and environmental, computer science, electrical and computer, engineering education, and mechanical and aerospace engineering. 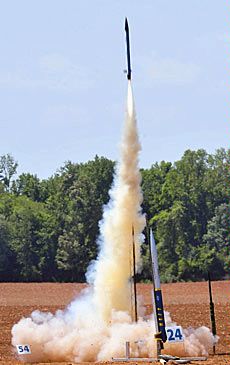 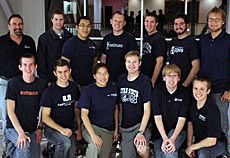 USU's student team from the College of Engineering.