Back in 2003, Utah State University scientist Sarah Null, then a grad student at UC Davis, published a master’s thesis that generated a lot of buzz. In her paper, the geography student explored the water supply implications of removing the nearly century-old O’Shaughnessy Dam, which creates Hetch Hetchy Reservoir in California’s Yosemite National Park and supplies drinking water to the city of San Francisco.

Her conclusion? Removal of the dam wouldn’t significantly impact water supplies, she says, as subsequent dams built below the O’Shaughnessy, most notably the New Don Pedro Dam and Reservoir, could continue to provide adequate water storage and delivery of water and electricity to downstream users.

“Things quieted down for a while,” says Null, assistant professor in USU’s Department of Watershed Sciences. “But an initiative to add removal of the dam and restoration of Hetch Hetchy Valley to California’s November 2012 ballot has reignited the debate.”

From its conception in the early 20th century, the dam has fomented controversy. Despite vehement objections from the flamboyant Roosevelt and the contemplative Muir, Congress voted in 1913 to approve its construction, granting water rights to San Francisco. The dam was completed ten year later.

“It’s an engineering marvel,” says Null of the cured gravity dam that flawlessly delivers pristine water from the Tuolumne River to more than 2.6 million residents of San Francisco and surrounding communities.

But, as with all river diversions, the structure comes at a cost. The now-submerged Hetch Hetchy Valley, known as Yosemite Valley’s “twin,” once teemed with bears, bobcats, eagles and diverse plants. Its name is derived from a type of grass with edible seeds; a food source favored by Yosemite’s Miwok tribe and the Mono Lake Paiutes.

From a water supply standpoint, Null says, removal of the dam would be “blissfully simple.”

“We’ve modeled 72 years of hydrological data,” she says. “The challenge lies in the management side: New Don Pedro Reservoir is owned and operated by the Modesto and Turlock Irrigation Districts and those entities would have to work with the San Francisco Public Utilities Commission to manage water supplies.”

Null says the benefits may outweigh the negatives.

“Yosemite is a very beautiful but very crowded place — roughly four million people visit the park each year,” she says. “Restoring Hetch Hetchy would provide another valley for tourism and recreation. Revenues would help to offset restoration costs.”

At USU, Null has turned her attention to studying effects of climate change on varied water resources throughout the Intermountain West, including Nevada’s Walker River and Walker Lake and Utah’s Great Salt Lake. She’s among presenters at the 2012 Spring Runoff Conference, April 3-4 at USU. 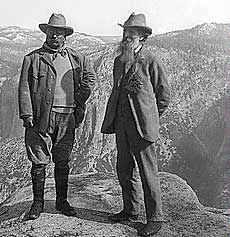 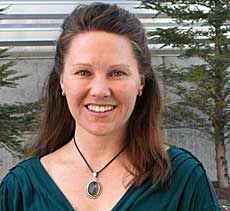