Dan Drost knows asparagus. From his boyhood days growing up on a farm in western Michigan, Drost has been intrigued by the green veggie he calls “the Cadillac of vegetables.”
“It looks different and it’s the first crop of the year,” he says, a fact which, on this cold, rainy April day, has him vexed. “I had really hoped to get my early vegetables in the ground by now, but it’s been too wet. Some sun and wind would help.”
Drost, known to Utah Public Radio listeners and others as “Dan Dan, the Veggie Man,” has a number of planting projects lined up with area growers. Now Mother Nature needs to do her part.
A professor of horticulture in the College of Agriculture’s Plants, Soils and Biometeorology Department and Extension vegetable specialist, Drost was honored April 13 at the President’s Home. He delivered the 19th talk in the university’s 2005-06 Inaugural Professor Lecture Series, which highlights the accomplishments of faculty members who have been promoted to full professor in the past year.
Drost’s fascination with vegetables developed as he shadowed his father, who was “a teacher by day and a farmer by evening and weekend” and worked as a consultant for local vegetable organizations. “Mom would pack us in the car with him during the summer as he made visits to help area farmers,” Drost says. “I thought it was interesting listening to farmers and my father as they discussed problems and solutions.”
During high school, Drost continued to hone his vegetable knowledge through summer jobs with asparagus and celery growers. Following graduation, he entered Michigan State University. “It was there I got a first hand look at how teaching, research and extension worked together,” he says.
An internship with a large vegetable processing plant in Wisconsin during his junior year “really opened my eyes” to the full spectrum of research involved from seed to dinner table, he says. It was there, too, that he began to appreciate the importance of mentors. “Students need mentors,” Drost says. “Mentors help you explore questions – and to know the different between the right and wrong questions to ask.”
After finishing his bachelor’s degree in agricultural education, Drost turned his attention to research and earned a master’s degree, also at Michigan State, in horticulture. Further study followed at New Zealand’s Massey University and Cornell University, where Drost completed his doctorate in vegetable crop physiology.
“I actually earned my degree from Cornell’s Department of Vegetable Crops, which later merged with Horticulture,” he says.
Drost notes that while most people pay little attention to where their food comes from and how it’s processed, the tide could be turning.
“There’s a resurgence in sustainable systems and small farmers’ markets,” he says. “Such systems encourage relationships between growers and consumers.”
Post 9-11 jitters may be creating anxiety about increased importation of food and the overall safety of the food supply, he adds. “Plus, consumers want quality and freshness.”
Drost joined USU in 1992. He received the New Specialist Award from Extension in 1994, followed by the Overall Specialist Award in 2005. That same year, Drost was named Outstanding Undergraduate Mentor in the College of Agriculture.
Drost’s sister-in-law once introduced him as “a master of tomatoes and a doctor of asparagus,” a description that stuck. And what does the doctor order for asparagus?
Here are some of his favorite remedies:
Grilled Asparagus
Heat up the barbecue grill or broiler. Wash and trim 2 lbs asparagus spears (try to have them all the same size). Pat dry and coat with olive oil. Sprinkle your favorite spices on the spears. (Lemon pepper and garlic salt are the doc’s choices.) Grill for 3 minutes on one side, flip and cook for an additional 3 minutes. Serve hot. Serves 6-8
Bacon, Egg and Asparagus Salad
Gather the following ingredients: 2 lbs large asparagus spears, trimmed and cleaned;
½ cup olive oil; 3 tsp. wine vinegar; ¼ tsp garlic powder; 1 tsp parsley flakes; salt and pepper; 6 hard-boiled eggs, chopped; 6-8 slices of bacon, chopped.
Steam asparagus until tender-crisp. Make dressing with oil, vinegar, garlic powder, parsley flakes, salt and pepper. Toss hot asparagus with the chopped eggs, bacon and dressing. Serve at room temperature or chill. Serves 4-6. 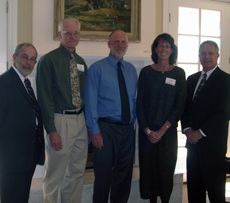 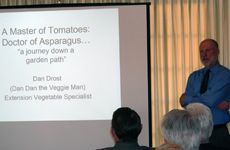 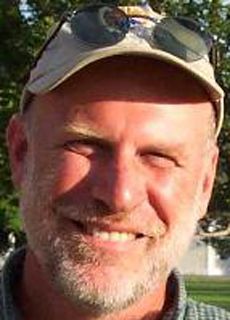