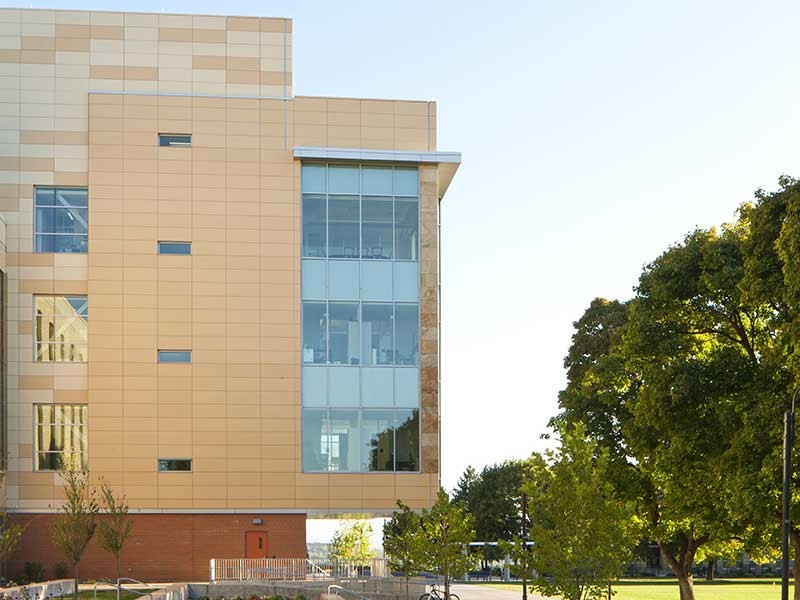 Pilot projects that laboratories throughout Utah and across the country could adopt—it is just another day at Utah State University. The USU Student Association Executive Council and Faculty Senate passed resolutions in 2018-19 asking the university to redouble efforts to achieve carbon neutrality. The most recent addition is a $220,000 one-year grant from the Edwards Mother Earth Foundation for laboratory energy efficiency.

The project seeks to continuously measure air quality in laboratories in the Biology and Natural Resources (BNR) and Agriculture Sciences (AGRS) buildings. Whereas labs typically use standard ventilation rates, the system will adjust rates to the labs’ specific needs. The pilot project will measure energy savings and quantify carbon emission reductions associated with reduced heating, cooling and ventilation.

“A single laboratory space can use as much energy as four to five homes over the course of a year,” said Zac Cook, USU’s energy manager. “By tailoring ventilation to the activities in each lab, this system could reduce air changes from six to one per hour.”

The project is one of several funded this year through the Seattle-based Edwards Mother Earth Foundation.

“Our organization is proud to support USU’s laboratory air quality project as part of our Climate Wise Building Program,” said Bruce Reed, operations director for Edwards Mother Earth Foundation. “We believe this work can be replicated towards optimizing energy efficiency on college campuses, as well as private and public sector laboratories.”

The project is estimated to be complete by summer 2020.

Utah State University is a thriving research university Northern Utah mountains with more than 28,000 students state-wide. The university became a signatory to the American College and University Presidents’ Climate Commitment (ACUPCC) in 2007, setting a goal to reach carbon neutrality by 2050.

Edwards Mother Earth Foundation (EMEF) is a Seattle-based family foundation founded in 1997 with a broad vision statement for a sustainable planet earth. The foundation focuses on climate wise building and energy efficiency projects in two large-scale bioregions in the United States—Cascadia and Sonora.