Wolves: Do you love ‘em or hate ‘em? The carnivores evoke conflicting emotions and opinions from people but most agree that the reintroduction of gray wolves in the 1990s to the northern Rocky Mountains was one of the most politically contentious wildlife management actions in modern history.

The U.S. Fish and Wildlife Services’ initial 2009 decision to remove the northern Rocky Mountain population of gray wolves from the federal list of endangered species, though controversial, represents a victory for conservation efforts. The animals successfully rebounded from efforts to eradicate the species during the early 20th century.

“We just can’t seem to get past the ‘Little Red Riding Hood’ mentality,” says Schmidt, associate professor in USU’s Department of Environment and Society. “We’re allowing our fears about wolves to rule our decision-making and that’s never a good reason to develop a wildlife management plan.”

Schmidt collaborated with USU natural resources alums Jeremy Bruskotter and Eric Toman, both faculty members at The Ohio State University, along with University of Minnesota researcher Sherry Enzler, to analyze the FWS’s decision to delist the animals.

The team’s analysis, “Are Gray Wolves Endangered in the Northern Rocky Mountains? A Role for Social Science in Listing Determinations” appears in the December 2010 issue of the journal BioScience.

“By law, the FWS is required to base its listing status determinations on the best scientific and commercial data available,” says Bruskotter, assistant professor in OSU’s School of Environment and Natural Resources and lead author on the paper. “The FWS ‘s 2009 assessment of threats posed to gray wolves is lengthy and thorough from a biological perspective, but we think it lacks the best available social science data on human-caused threats.”

The team’s goal with their analysis, he says, is to provide a roadmap for using social sciences to help in assessing threats to imperiled species.

“The use of social science data is particularly clear cut in the case of wolves because people pose the only legitimate threat to wolves,” Bruskotter says. “If this data isn’t used, the threats could be underestimated.”

True, wolves have predators such as bears and cougars, but humans, with increasingly frequency, account for most wolf mortality. Obvious causes include defense of livestock and hunting. Less obvious causes, which are more difficult to quantify, include habitat loss due to development and changes in land management practices.

“The argument could also be made that decisions made by state legislatures, influenced by attitudes and behaviors of constituents, is a significant threat to wolf survival,” he says.

Bruskotter notes the Endangered Species Act basically asks two questions in making listing determinations: What are the threats to a particular species, and do those threats rise to a sufficient level to endanger that species?

“Ultimately, a delisting decision is very subjective,” he says. “Essentially, what’s being asked is, are the threats acceptable? That’s why all scientific data – including social science data – is critical to the determination process.” 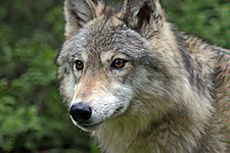 Wildlife biologist Robert Schmidt says social science data, in addition to biological and physical science data, is critical to endangered species listing determinations. He and colleagues published their views in the Dec. 2010 issue of BioScience. 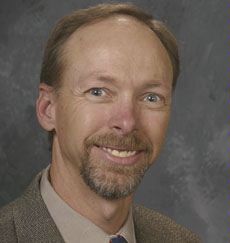 A faculty member in USU's Department of Environment and Society, Schmidt’s research focuses on relationships between humans and wildlife.