Controversy surrounding a Utah state senator’s comments, dismissing most college majors as “degrees to nowhere,” has not diminished since he spoke them earlier this month.

On the contrary, Sen. Howard Stephenson’s comments have sparked controversy around the state as potential budget cuts to higher education loom.

Christy Glass, an assistant professor of sociology at Utah State University, was so frustrated about the Draper Republican’s attitude that she and some colleagues considered taking action.

“A few of us friends and colleagues sent around this article with the quote,” Glass said. “We were all talking, ‘Should we write a public letter that we all sign, or should there be a public statement from all the deans of the colleges?’”

Although Glass and her colleagues decided to avoid drawing more attention to the statement, opting instead to “live with the frustration” surrounding the senator’s attitude toward her and other “nowhere” disciplines, Glass’s unhappiness is still very much alive.

Stephenson said Feb. 2 that, “The state is wasting billions of dollars conferring ‘degrees to nowhere’ on college students because higher education is badly ‘misaligned’ with the work force,” the Salt Lake Tribune reported.

Stephenson, who Utah Gov. Gary Herbert endorsed as “the leading fiscal conservative in the Utah Legislature,” voted against a higher education bill because of budget cuts that would affect the Utah College of Applied Technology. Stephenson says that the technological college is more successful at placing students in jobs after graduation, especially compared to students who graduate in psychology, sociology, philosophy and other humanities.

But John Allen, a sociologist himself and dean of USU’s College of Humanities and Social Sciences (CHaSS), says students who graduate in his college outperform students in many other fields by midcareer.

“What that means,” Allen said, “is that people, on average, in midcareer, make more money if they’re from the humanities and social sciences.”

Humanities and social science classes are the core of a college education, he says.

“If you think about the humanities and the social sciences, which includes all your writing, all your communication skills, your languages, your ability to understand history, political systems, social systems, and then anthropology and archeology — which gives you a more physical and cultural aspect of the world,” Allen said, “not only are they not a drain, but they’re the core of an education, and it’s been like that for centuries.”

Allen does not discredit degrees in scientific and more applied fields, but he does believe that the liberal arts benefit everyone, both individuals and the larger society.

“I think technical school is fine for some people. I think it depends on where you’re at in your life,” Allen said. “But I do think that everyone benefits. The individual benefits and society benefits when people have a good solid humanities and social science background.”

Despite mixed feelings surrounding these types of degrees, proposed budget cuts to higher education would be a problem for USU — for both students and faculty. Legislators are talking about a 7 percent cut to state appropriations to Utah colleges and universities.

If USU has to absorb that kind of budget cut, Allen said, it could mean that students would be forced to attend school longer in order to get into the classes they need for graduation.

“Almost every student that walks through the doors of Utah State walks through our college,” Allen said, pointing out that more than 60 percent of all required general education courses are taught in the College of Humanities and Social Sciences. Budget cuts could mean faculty cuts, which would lead to fewer students able to take certain classes.

“That creates bottlenecks for people who are trying to graduate, no matter what their major is, whether it’s business, whether it’s computer science, whether it’s education, or in the humanities and social sciences,” he said.

Allen used English 1010 and English 2010 as an example. Students need the courses to get into their majors. If not enough sections are offered, it would take students longer to get into the classes.

Allen said that his faculty has already stepped up and are teaching extra with no pay in order to help get students through the required classes. But he doesn’t think the faculty will be able to continue doing quality work if there is another budget cut.

“You reach a tipping point,” he said.

He worries that the long-term quality of USU will go down if there aren’t enough funds to provide resources for faculty and students.

Charlie Huenemann, a philosophy professor and associate dean of CHaSS whois helping to create a new core curriculum for the college, also disagrees with Stephenson, calling it a “ridiculous claim to look at sociology and philosophy and political science and history as dead-end careers.”

He said that degrees in humanities and social sciences give students the skills they need not only in the workplace, but for being happy in life as well.

Britni Manning, a freshman who is majoring in psychology, has had family members graduate in psychology who are well off.

“I think that we need to continue rising in both areas,” she said. “Both are important in society. I think the world values both.”

“I think that both fields are important, and needed, but it depends on what you will enjoy doing as your career,” Manning said.

Scott Clawson, a senior who is majoring in business, said it is important to have educated people in all areas or study.

“Science and technical degrees are important, but social sciences are very important as well,” he said. “If we don’t have people going into political science, then we won’t have anybody well educated in our political system and who keeps up with the political side of things.”

“I disagree. Very strongly” she said. “The humanities are part of every sophisticated society. The arts keep us from turning into technical barbarians. They promote expression and higher thinking.”

Glass, like many faculty members, wishes Stephenson would support his argument with good information.

“It’s just trying to justify further budget cuts (in) an environment where budget cuts are very popular,” Glass said. “I think it’s very tragic, actually, that our policy makers are able to make these sweeping statements without having to back them up with really good evidence.”

She said that policy makers could use the advice she they gives all of her students, which is to support their arguments with solid evidence.

“It’s clear that he wasn’t a sociology major at Utah State,” Glass said, “because we would have trained him better than that.” 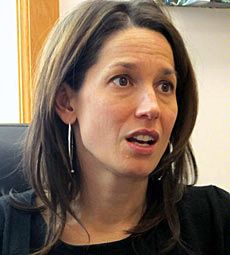 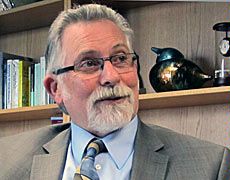 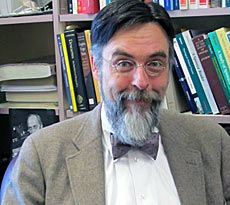