Without adequate space to raise their offspring, wolf packs lash out at competing clans and fight to the death to protect their turf.

That’s among findings of a recent study by Utah State University ecologist Dan MacNulty and colleagues from the University of Oxford and the Yellowstone Wolf Project. The team published the research in the April 21, 2014, online issue of Journal of Animal Ecology. Their paper will appear in a future print edition of the British Ecological Society publication.

“Many think wolf populations are limited only by prey numbers,” says MacNulty, assistant professor in USU’s Department of Wildland Resources and the USU Ecology Center. “That’s not the case. A vital resource for wolves is enemy-free space to safely raise pups.”

Using 13 years of data collected from 280 radio-collared wolves in Yellowstone National Park, the researchers assessed the effect of wolf density, prey abundance and population structure, as well as winter severity, on age-specific survival in prey-rich and prey-poor areas of the park.

Yellowstone serves as a valuable laboratory to study the canines, MacNulty says, because the animals are not hunted there.

“It’s difficult to study territorial behavior outside the park where wolves are more widely dispersed,” he says. “Inside the park, we could watch fights between packs.”

The team found attacks on wolves by rival packs is the number one cause of mortality — even in areas where prey is abundant.

The study offers valuable management information in areas where wolves co-exist with humans and livestock.

“Although our findings suggest that high density wolf populations can tolerate some human-caused mortality, we caution that the level of tolerance will depend on how such losses disrupt wolf social structure and replace natural sources of mortality,” MacNulty says. 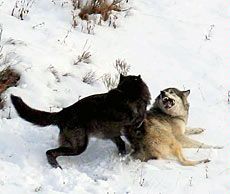 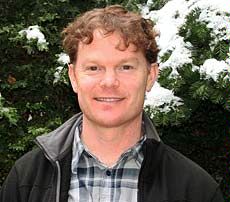 Wildlife ecologist Dan MacNulty is an assistant professor in USU's Department of Wildland Resources and the USU Ecology Center.