The journalist’s job is more complex than it once was. Simply being able to write a well-balanced and unbiased story isn’t enough for today’s ever-growing online audiences, say two Utah “content providers.”

When Brittny Goodsell, 31, graduated from Utah State University in 2009 with a bachelor’s degree in print journalism, she realized she wouldn’t make it far in the “real world” unless she continued her education.

“Once I got my print degree from USU it was fine, but . . . I needed to get my master’s degree to make myself more marketable,” she says.

Goodsell earned a master’s in digital media at Walter Cronkite School of Journalism and Mass Communication at Arizona State University. Now she is helping USU journalism students with advice she wished she had learned earlier.

“I wished I would have learned how to better market myself,” she said. “Make a website. Make business cards. Make a logo and put it on everything.”

Now Goodsell works as the assistant digital editor for The Spectrum in St. George, a Gannett newspaper that has embraced the multimedia age. She says her multimedia experience from Arizona State has made her the Spectrum’s main videographer. She approaches writers about putting video with their stories and, like all journalists, she comes up with her own story ideas.

Like Goodsell, Faith Jolley also earned a bachelor’s degree in print journalism. But she quickly learned her knowledge of “print” journalism would need to be supplemented with multimedia skills.

“You have to wear a lot of different hats,” Jolley said. “You have to be able to do a little bit of everything. Anything you’re able to do is going to help because it makes you that much more sellable.”

Jolley grew up in Alton, Utah, writing for the Southern Utah News. She attended Utah Valley University, where she was an assistant editor for the UVU Review. After graduating with her journalism degree, she interned for KSL before being hired.

Jolley said it’s “basically required” to do an internship in order to get hired at KSL. “You’ve got to start somewhere,” she said. “You’ve got to get your foot in the door, and it’s a lot about who you know.”

Goodsell agreed that networking is crucial to find a job in the news business. She said students should find somebody they know who has the position they want, and ask if they will be a mentor.

“Put yourself out there,” she said. “People are flattered that you recognize what they do and have an interest in it.”

Goodsell said being in the news industry takes courage and a somewhat extroverted personality. “Some people aren’t brave enough,” she said. “You have to push yourself onto editors to get them to hire you.”

“It’s sort of frustrating,” she said. “We try to be unbiased, but you can definitely see the influence of the LDS culture. Because of our leadership, they definitely frame things from an LDS lens. But no matter where you work, they are going to try to shape how their news is written.”

Jolley says that, in her opinion, the most important skill as an editor is to be organized and able to cope with a lot of things at once.

“You’re doing 50 billion things at a time,” she said. “We get like 300 emails a day to sort through and if you’re not on top of things, things can sort of fall through the cracks. You can miss big stories or breaking news. If you don’t have an organized way to sort everything, it can be pretty overwhelming.”

Jolley said her advice to journalism students is to get an internship, keep writing and build a résumé.

“Keep track of your articles,” she said. “HTML knowledge and photo editing is a bonus, and learn a lot of AP style.”

Many people discourage print journalism students from pursuing a career in the field. But Jolley said if you can write well and have some multimedia skills, you can get a job.

“There are lots of jobs in the news industry,” she said. “It’s just shifting platforms.” 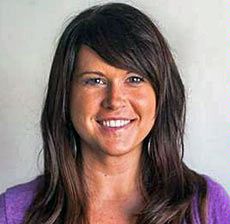 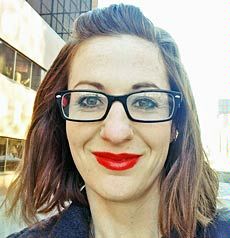