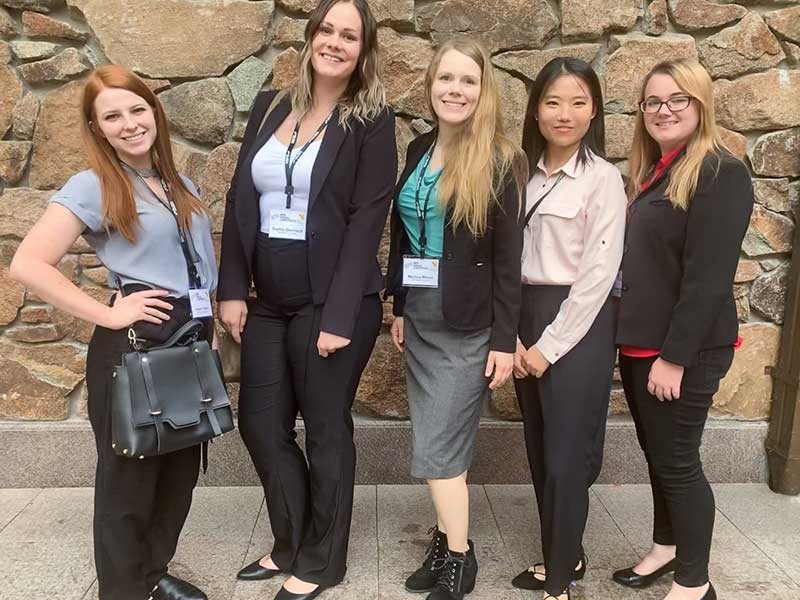 The IMPA competition requires products to be made of at least 51% dairy content. To be successful, students must create an innovative product that could potentially hit the shelves of popular grocery stores.

Savannah Branson is a graduate student in her second year of the food science program. She and team members, Melissa Marsh, Ireland Green, Sophie Overbeck and Jun Mun Yang knew their “Moogets” would be uncommon in the market, which helped them stand out against products from other competing schools.

Branson said the science behind developing a new food product is challenging, but creating something trendy and new can be the most difficult part of the process. The team of Aggies noticed that paneer cheese has become a popular burger substitute in India and it has gained traction as an alternative protein source. That is what inspired “Moogets.”

“It's a vegetarian chicken nugget substitute made of 79% paneer cheese,” Branson said. “Paneer cheese is a fresh, acid-set cheese that’s really high in protein, which is why we chose it. It's pretty bland, but can pick up other flavors as well. We also use vital wheat gluten to give it a texture similar to chicken. It has gluten strings in it, but it looks like chicken and it tastes like chicken when you eat it because we added a vegan chicken flavoring.”

The first-prize-winning “Moogets” team took home $10,000, half of which is awarded as scholarships to the winning students and the other half to food science student programs and product development for next year’s contest.

“It feels good to win,” Branson said. “Once we had the idea and were working on it, we really started to believe in it. Then to win is really validating.”

After winning first place at the IMPA competition, the "Moogets" team will take their product to another competition this fall with hopes of winning the $20,000 grand prize. 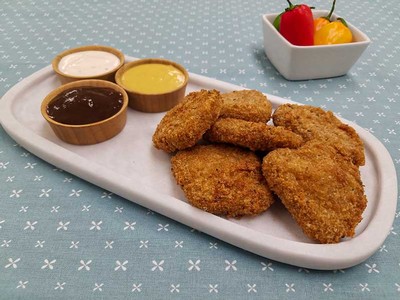 The winning product "Moogets" by USU's food science students is made with 79% paneer cheese, which is high in protein and is a popular meat substitute in India. 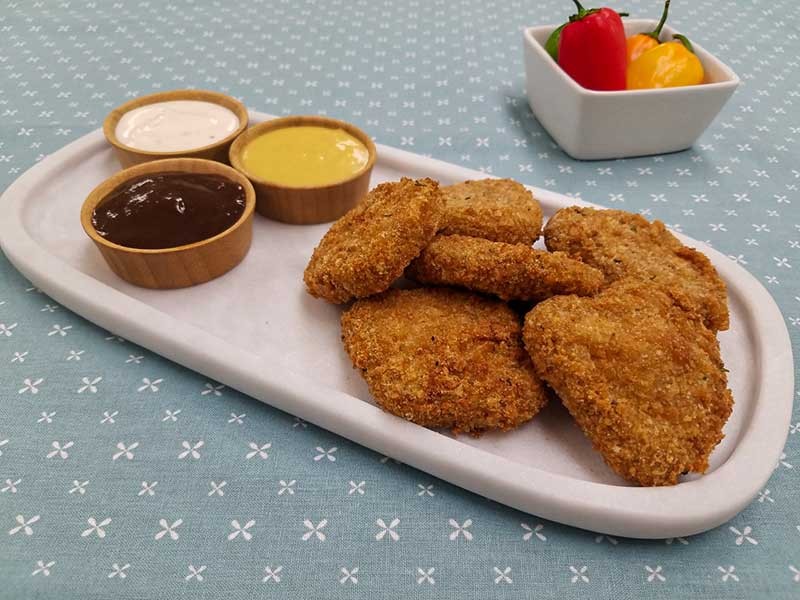