Austin was a defensive back on the Aggie football roster from 1965-1967. While at Utah State, Austin was a part of teams that had a combined record of 19-10-1, coached by Tony Knap.

Following his collegiate career, Austin was selected as the 257th overall pick in the 10th round of the 1968 NFL Draft by the Baltimore Colts. One of six Aggies drafted that season, he spent the 1968 and 1969 seasons in Baltimore before joining the Pittsburgh Steelers' roster for the 1970 and 1971 seasons. 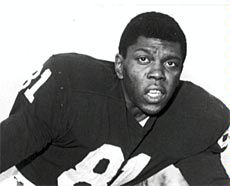 Former Utah State football player Ocie Austin passed away at the age of 67.