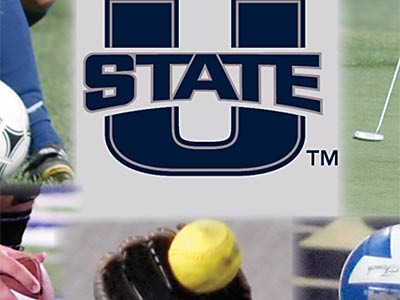 The NCAA released its annual Division I Academic Progress Rate (APR) scores Wednesday [April 21] and all 16 of Utah State’s athletic teams once again exceeded the 930 minimum four-year average benchmark set by the NCAA to qualify for postseason competition. In fact, every USU team achieved an average score of over 945 during the most recent four-year period ending with the 2014-15 academic year.

This year’s data shows that four Utah State teams recorded their all-time highest four-year averages when compared to data on the NCAA database. The APR began being utilized as a measure of academic performance in the 2003-04 academic year.

Additionally, Utah State’s women’s track and field program received a Public Recognition Award (PRA) from the NCAA on Wednesday for having a multi-year APR score of 991 to lead the Mountain West and rank in the top 10 percent nationally in its respective sport.

Each year, the NCAA honors selected Division I sports teams by publicly recognizing their latest multi-year NCAA Division I Academic Progress Rate. This announcement is part of the overall Division I academic reform effort and is intended to highlight teams that demonstrate a commitment to academic progress and retention of student-athletes by achieving the top APRs within their respective sports. Specifically, these teams posted multi-year APRs in the top 10 percent of all squads in each sport. This year's release will again include recognition in the sport of football by subdivision (i.e., Football Bowl Subdivision and Football Championship Subdivision).

The APR provides a real-time look at a team’s academic success each semester or quarter by tracking the academic progress of each student-athlete. The APR includes eligibility, retention, and graduation in the calculation and provides a clear picture of the academic culture in each sport.