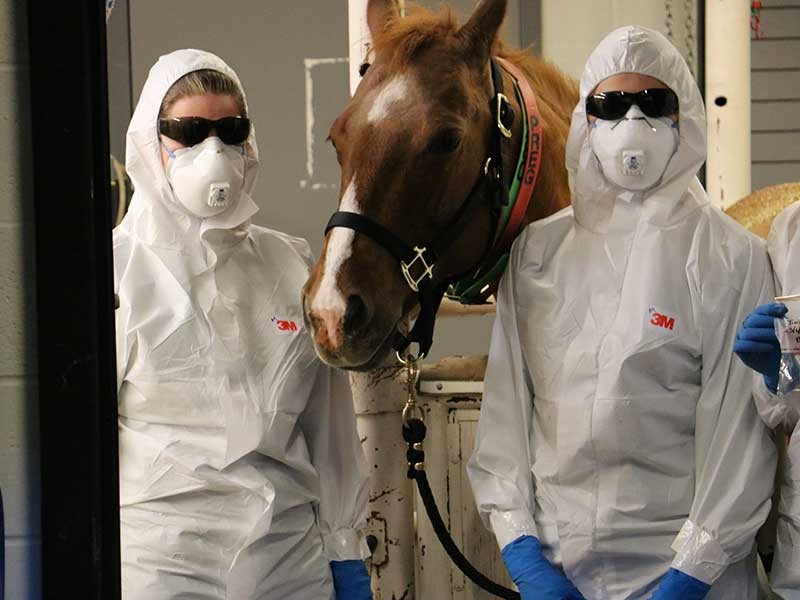 Veterinary medicine students worked with livestock at the Animal Science Farm, getting accustomed to working in protective gear while taking blood samples and examining animals.

Second-year students in Utah State University’s School of Veterinary Medicine (SVM) got first-hand experience in the roles veterinarians can play during a public health crisis by participating in a simulated emergency exercise at USU’s Animal Science Farm. This year’s exercise focused on teaching students how to keep themselves safe by correctly using personal protective equipment, or PPE.

Personal protective equipment provides a barrier between a person and the hazard they are coming in contact with, and its effectiveness depends on understanding how to properly don, doff and dispose of it – experience Dr. Kerry Rood, associate professor in the SVM, has found missing in the veterinarian community.

“I did a survey about a year ago with some veterinarians who are currently practicing, and it indicated that they have the equipment but don’t all have the understanding or haven’t been trained in its proper use,” Rood said. “I realized we needed to get that into our current curriculum to benefit students.”

The simulation was developed by Rood and Dr. David Wilson, associate professor in the SVM. In addition to learning the proper use of protective gear, the idea was for students to gain an understanding of how PPE can limit movement, dexterity and temperature regulation.

Students were divided into seven groups and given the following scenario: five employees at a slaughterhouse had developed symptoms including fever, abdominal pain, diarrhea and vomiting. Two had been hospitalized and four family members had developed similar symptoms. The future veterinarians were tasked with the job of correctly donning their PPE and obtaining blood, fecal and urine samples from either a sheep, goat, horse or cow.

“I have never done this before, and I thought it was a great chance to experience putting the suits on,” Pieper said. “I feel like if I was to run into a situation where I had to put the suit and everything on and I hadn’t done this simulation, I would have been like ‘Well, I’m going to get infected.’”

Colton Gust, another vet student, agreed and said he enjoyed the awareness the exercise brought to emergency situations.

“You never know when something like this is going to happen, and to have already been familiarized with a lot of it, we aren’t going to be caught by surprise because we can just refer back to this experience,” Gust said.

The final verdict was that a specific strain of Salmonella caused the outbreak. While Rood recognizes that emergency and regulatory medicine isn’t for everyone, he said hoped this exercise pushed a few students towards considering it as a future career.

“I think the exercise was an overall success,” Rood said. “I think feedback from the students was genuine. They felt energized, they saw a lot of excitement, and I think they thought it was useful training and a lot of fun.” 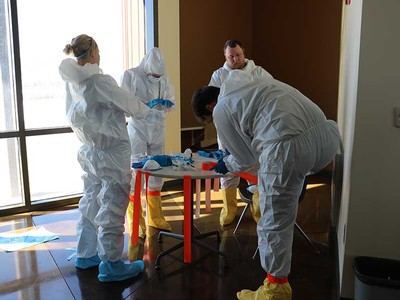 Students in USU's School of Veterinary Medicine got experience suiting up during a recent mock emergency at the Animal Science Farm. 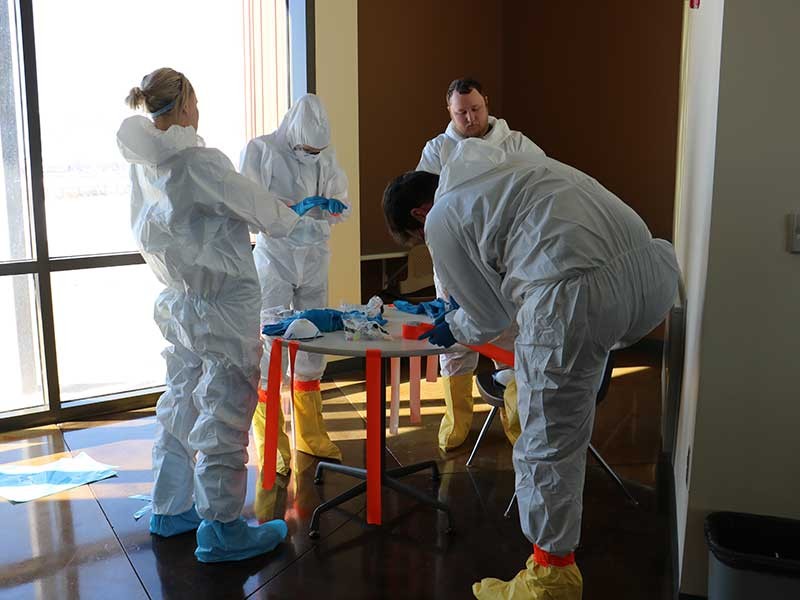 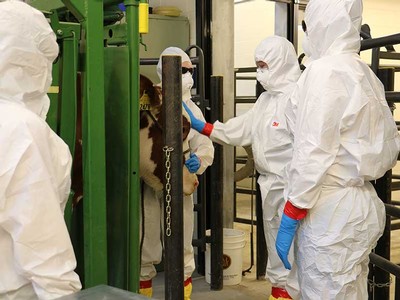 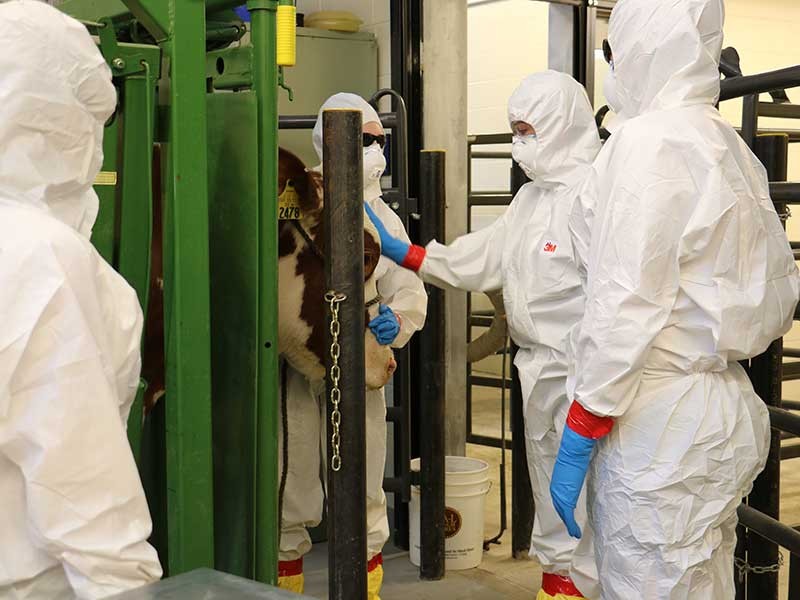