Reflecting on his careers as student, consultant, professor and researcher, Jack Schmidt surmises that Beatle Ringo Starr’s unaffected rendition of "I Get By with a Little Help from My Friends” could be his lifetime soundtrack.
“I think about all the people who made a difference in my life and helped me get here – whether they liked me or not,” Schmidt told family and friends who joined him Jan. 23 at the President’s Home for the eighth talk in Utah State University’s 2006-07 Inaugural Professor Lecture Series. The series highlights the accomplishments of university faculty who have been promoted to full professor in the past year.
A professor in the College of Natural Resources’ Department of Watershed Sciences, Schmidt is a fluvial geomorphologist. Translation: He studies the origin, characteristics and evolution of rivers. Scientists, government officials and journalists throughout the nation know him as the “go-to guy” on North American rivers — especially the much-diverted Colorado River.
Schmidt was among a handful of advisors who conceived the 1996 controlled flood on the river – just below Glen Canyon Dam and upstream from the Grand Canyon. He was an invited guest at the much-heralded event, at which then-U.S. Interior Secretary Bruce Babbitt turned the valve that triggered the impressive eruption of water. As other witnesses gasped in astonishment at the water’s mighty force, Schmidt, who had advocated an even greater discharge, made his infamous comment, “This is a pretty wimpy flood.”
The sound bite was deftly snagged by a nearby Los Angeles Times reporter and quickly swept into the media stream.
“My big mouth,” laments Schmidt of his indiscreet, yet blunt assessment of the calculated inundation that failed as a restoration project but, as an experiment, yielded a deluge of valuable data.
Schmidt’s contributions to the Colorado River project are among his many consultations solicited by government agencies, including his 1983 “Alluvial valley floor identification and study guidelines: U.S. Office of Surface Mining Reclamation and Enforcement Report.” Still used today, the report was prompted by the 1977 passage of the Carter administration’s Surface Mining Control and Reclamation Act.
Last fall, Schmidt traveled to Texas to share his expertise on the Rio Grande River with a presidential advisory board facilitated by the Environmental Protection Agency.
Schmidt has conducted much of his research in the wide open, sunset-hued landscape of the American West near such places as Glen Canyon Dam, the Grand Canyon, Dinosaur National Monument and, most recently, Big Bend National Park. He also has an active research program on the Snake River in Grand Teton National Park. “Not a bad gig,” he says.
The observation amuses him, he says, since he grew up in a Levittown-like New Jersey suburb with rows upon rows of trim bungalows on 50’ x 100’ lots. No matter. He came of age during the tumultuous ‘60s when he and his peers’ sheltered world views were shattered by the Vietnam War, the Civil Rights Movement and the assassination of Martin Luther King, Jr.
“I hitchhiked down to D.C. along with everyone else to protest the war,” says Schmidt, who completed undergrad studies in political science at Pennsylvania’s Bucknell University.
He initially planned to enter law school but concluded that the world didn’t need any more lawyers.
“I was going to do something to improve the Earth,” Schmidt says.
Studies in geography at the University of California-Berkeley followed, where Schmidt was introduced to a series of mentors who would shape his future pursuits. After leaving academia and pursuing consulting work for several years, Schmidt entered Johns Hopkins University where he completed a doctorate in 1987. He joined USU in 1991 after serving on the faculty of Vermont’s Middlebury College.
“Through varied experiences in work and school I learned that resolution of natural resources problems is fundamentally an interdisciplinary effort,” says Schmidt. “Solutions require the expertise of earth scientists as well as social scientists.”
Schmidt, who has mentored numerous undergraduate and graduate students, has also learned to appreciate the impact of teaching future generations of scientists.
“I could still be a full-time consultant but I believe in teaching and education,” he says. “During field labs and trips, I sometimes just stand back and watch the students. I can see the transforming power of education.”
Related Links:
Contact: John C. “Jack” Schmidt [jschmidt@cc.usu.edu], 435-797-1791
Writer: Mary-Ann Muffoletto[maryann.muffoletto@usu.edu], 435-797-1429 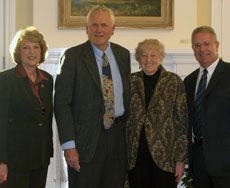 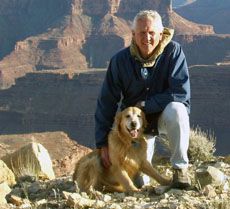