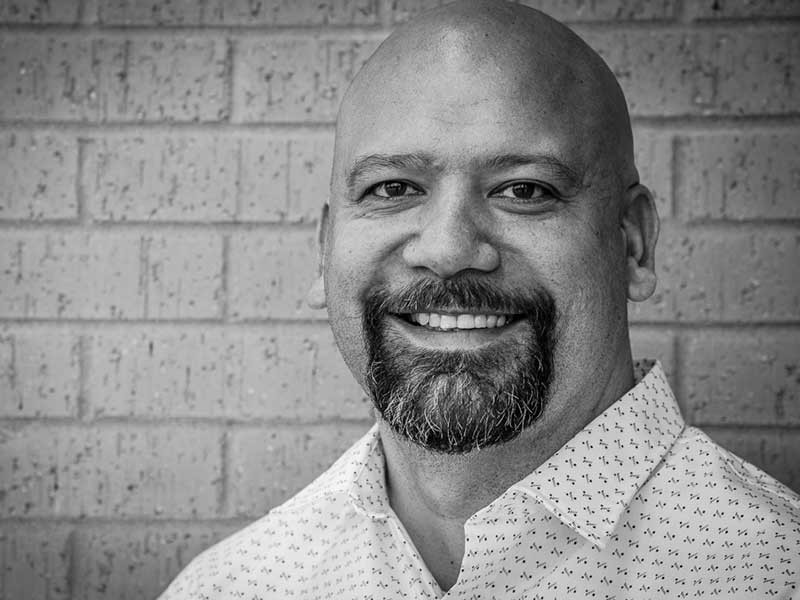 While he was thrilled to secure a position as an advanced assistant professor in the English Department at Utah State University in the spring of 2017, Christopher González had even higher hopes that he might also be able to facilitate the creation of a new center at USU devoted to increasing education, training and mentoring opportunities for Latinx students.

That ambitious concept became a reality on Oct. 12 when the USU Board of Trustees officially approved the creation of the Latinx Cultural Center.

“The Latinx Cultural Center (LCC) at Utah State University serves as a conduit for service, engagement, advocacy and visibility for the Latinx community on campus and in the Cache Valley and surrounding areas,” the center’s mission statement reads.

“The LCC is committed to empowering all who recognize a vested interest in the Latinx community by focusing on the pillars of academic, educational, personal and professional growth. The LCC also serves as a communal space on campus for programs and groups that work to mentor and showcase the academic and individual potential of USU students who identify as Latinx or are interested in Latinx culture.”

Although the Latinx Cultural Center currently still lacks a physical location on campus, González is optimistic that will come together in the near future.

“I had a sneaking suspicion that would be the most difficult hurdle,” said González, now an associate professor with an office in the Ray B. West building. “Space at any university comes at such a premium because there are a lot of worthy programs and initiatives that want space with not enough of it to go around.”

During the process of being hired at Utah State, González shared his vision of a center that would benefit current and prospective Latinx students with Jeannie Thomas, head of the English Department. In turn, Thomas passed the idea on to USU President Noelle Cockett, who quickly expressed interest in hearing more.

“(Thomas) said, ‘I’ve been telling the university president about some of the ideas you have to help Latinx students, and she’s excited and might call you,’” González recalled. “I thought that was very kind, but university presidents are too busy to call job candidates. But, sure enough, that evening President Cockett called me, and we had a 30-minute conversation about the ideas I had for mentoring Latinx students and creating more opportunities for them.”

During his first year at Utah State, González and President Cockett met with many other stakeholders about the creation of the center, which culminated in President Cockett giving her OK for the project and offering González the directorship of the LCC on Aug. 1.

“The Latinx Cultural Center is designed to fill in gaps,” González said. “Gaps in resources, gaps in opportunities, gaps in formalized programs and structures. Often Latinx communities, for many reasons, don’t have the same access to opportunities. And that is not necessarily that they are thwarted, but because there is a cultural mindset unfamiliar with the process of attending a university that has to be overcome, too. It can be intimidating and scary for many Latinx parents.
“So, the center is here to help provide education, mentoring and experience opportunities that those students and their parents may not necessarily have otherwise.”

A native of Lubbock, Texas, González was a standout track-and-field athlete in college—he still holds the indoor and outdoor shot put records at Sam Houston State and was inducted into the Bearkats’ Athletic Hall of Honor in 2014—and coached briefly at the University of North Texas before taking a job as a high school English teacher. He spent seven years in that position while also completing a master’s degree at Texas A&M University-Commerce.

A mentor then suggested González should pursue a Ph.D, and he went on to complete a doctorate in English, with a focus on American literature, Latinx narratives across media and narrative theory at Ohio State University.

The guidance and encouragement he received along the way to receiving his Ph.D are what have driven González to want to inspire young Latinx students. But he said one major hurdle is a cultural one which requires institutions of higher learning to recruit the parents, as well as the children.

“In order to recruit and retain them, we have to build bridges and make sure their families understand what is at stake, too,” said González, who returned to teach at Texas A&M-Commerce before being hired at Utah State. “We’re trying to reach out, change the mindset of an entire culture and redefine what success looks like.”

The Latinx Cultural Center has several events planned for this fall, including an opportunity for González to put his West Texas roots to good use by barbecuing at a tailgate party prior to the Aggies’ football game against New Mexico at 2 p.m. Saturday, Oct. 27. Smoked brisket, along with other side and vegetarian dishes, will be served up from 11:30 a.m. to 1:30 p.m., in parking spaces 140-143 in Lot C at Maverik Stadium.

“We hope everyone will come by, enjoy some good food and maybe ask some questions about the center,” González said.

The LCC is also co-sponsoring this year’s Day of the Dead events on Friday, Nov. 2. The USU Day of the Dead Procession will begin at 11:30 a.m. at Old Main Hill, followed by a second procession in downtown Logan starting at 4:30 p.m. at 179 N. Main St. and the Noche Cultural from 6:30 to 8:30 p.m. at the Taggart Student Center.

For more information about these events and the Latinx Cultural Center, visit latinx.usu.edu.