What has four legs, uses no toxic chemicals, requires no fossil fuels and keeps a vineyard free of weeds? The answer, for a growing number of California winegrape growers, could be sheep.
Research by Utah State University animal behaviorist Fred Provenza and his grad students and colleagues prompted an environmentally friendly experiment in biodynamic agricultural production – a system that emphasizes natural and holistic land management.
Researchers at the University of California, Davis are testing aversion training techniques developed by Provenza, professor in the College of Natural Resources’ Department of Wildland Resources, to teach sheep to feed on vineyard weeds. The results show promise and have been widely reported in world media, including the Associated Press, MSNBC, The Washington Post, New Zealand’s Farm News, Scripps News, China’s Eview Week, Business Week, The Houston Chronicle, Philadelphia Daily News, The Denver Post, Kuwait Times, Canada’s CBC, Hong Kong’s The Standard, Tehran Times, The Jerusalem Post, Australia’s Leading the Charge and more.
Using sheep as weedeaters is nothing new, researchers say. The animals have been used to control unwanted vegetation since antiquity. But teaching them to avoid valuable crops is a novel approach.
UC Davis researchers, led by project leader Morgan Doran, turned to Provenza for advice on how to change the animals’ diet preferences.
“We often see livestock and wildlife as eating machines and don’t understand that an animal’s history influences its diets and habitat preferences,” Provenza was quoted on a UC Davis Web site.
Research led by Provenza during the past 30 years demonstrates the many ways herbivores learn.
“Animals learn from social interactions with their mothers, peers and people, from their reactions to nutrients and toxins in plants and from interactions with their physical environment, such as the location of water and predators,” he said.
Based on Provenza’s research, UC Davis researchers allowed sheep used in the experiment to eat their fill of grape leaves then administered to each animal a small dose of lithium chloride, which causes mild stomach discomfort.
“The sheep experience a brief period of malaise,” Doran said. “They recover quickly, but they don’t seem to forget, even after nine months.”
In trials, the sheep trained with aversion techniques ate vineyard weeds but avoided grape leaves and fruit. Untrained sheep chowed down on the crops.
The researchers contend that sheep training research offers potential benefits for both grape and sheep producers. Grape producers avoid the cost, field damage and pollution associated with herbicide and its administration by tractors, Doran said. Sheepherders gain an alternative feed source, especially welcome during periods when traditional feed is scarce, and can pick up an additional income source from their animals’ service.
“Understanding and applying behavioral principles can provide solutions to problems faced by producers and land managers,” said Provenza.
For the past seven years, Provenza has worked alongside a team of researchers in a USU-led consortium called BEHAVE – Behavioral Education for Human, Animal, Vegetation and Ecosystem Management. The program was funded by a $4.4 million Initiative for Future Agriculture and Food Systems grant from the U.S. Department of Agriculture Cooperative State Research, Education and Extension Service. Staffed with collaborators throughout the world, the program aims to understand behavioral principles and processes that govern diet and habitat selection for both two-legged and four-legged animals.
For more information, visit the BEHAVE Web site.
Related links:
USU Department of Wildland Resources
USU College of Natural Resources
Contact: Fred Provenza [stan@cc.usu.edu], 435-797-1604 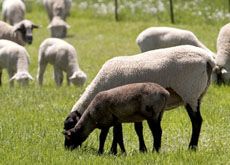 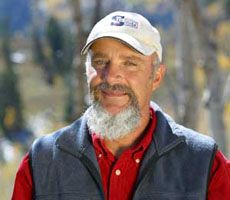