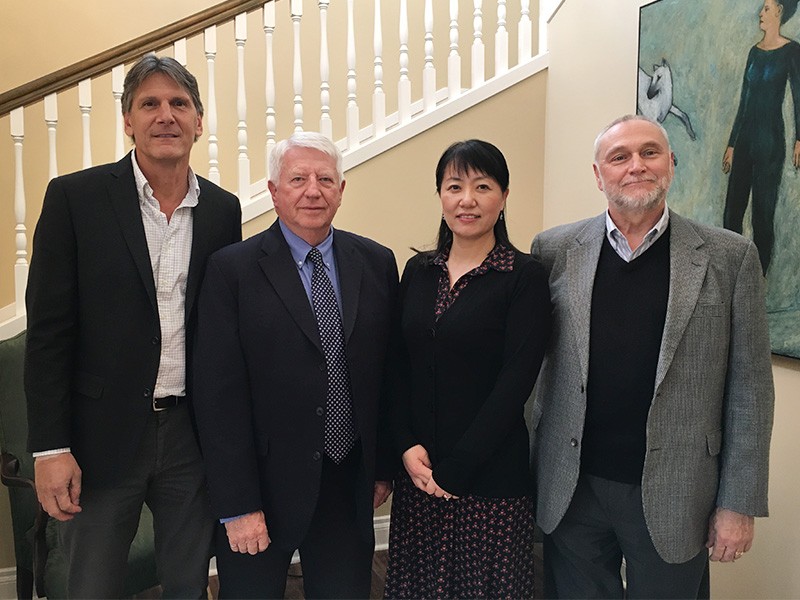 Growing up in China’s Jiangsu province, Rose Hu was a shy girl who studied hard and looked up
to her four older siblings.

Years later, Hu has become a world-renowned leader in tech — an expert in an area of electrical engineering that everyone is talking about: wireless communications.

Hu is developing new technologies that support next-generation wireless networks. She’s an expert on 5G technology and the Internet of Things and has received major research funding from institutions including Intel and the National Science Foundation. Recently, Hu was named an Institute of Electrical and Electronics Engineers (IEEE) Communications Society Distinguished Lecturer, a role that takes her around the world.

Hu outlined her path to success and her work in industry and higher education at her inaugural lecture — a special event that honors newly-promoted USU professors. Hu joined the electrical and computer engineering faculty in 2011 and was promoted to full professor in April 2017.

Hu says her graduate research gave her the opportunity to explore multiple areas of engineering including robotics, artificial intelligence, computer networking and communications.

Before coming to USU, she spent three and a half years at the Electrical and Computer Engineering Department at Mississippi State University as a tenure-track assistant professor. She also worked for ten years in industry at Nortel, Blackberry and Intel as a technical manager, senior research scientist and as a senior wireless systems architect, actively participating in wireless technology research, standardization, system level simulation and performance evaluation.

Before moving to Cache Valley, Rose and her husband, Eric Zhu, lived in Dallas, Texas for 10 years. She now lives in Providence, Utah with her husband and 9-year-old son, Ethan Zhu.