Species diversity allows grassland communities to function with greater stability, says Utah State University ecologist Peter Adler. But increased soil nutrients, from industrial processes and agricultural fertilizer use, may weaken the positive effects of diversity in grasslands across the globe.

Adler is among a team of scientists from multiple universities that published these findings in the Feb. 16, 2014, issue of Nature. He is one of six founding members of the Nutrient Network, better known as “NutNet,” a cooperative research network comprised of more than 40 grassland sites around the world. NutNet provided the framework for the scientists to pursue the three-year study, which represents the first time a large experiment of this kind has been conducted using naturally occurring plant communities.

“We have good evidence from experimental plant communities that species diversity increases ecosystem stability, but it was not clear how strongly these results transferred to natural systems,” says Adler, associate professor in USU’s Department of Wildland Resources and the USU Ecology Center. “This paper shows the relationship has similar strength in natural grasslands.”

“In more diverse communities, dynamics of individual species are less synchronous,” he says. “A bad year for one species is compensated by a good year for another, and total biomass production remains relatively constant over time.”

Adler’s team member Eric Seabloom of the University of Minnesota likens the stabilizing mechanism to the so-called “portfolio effect” in finance.

Further tilting the diversity-stability balance is increased incidence of “eutrophication” — that is, excessive nutrient availability — in ecosystems throughout the world.

Understanding the diversity-stability relationship and how it affects ecosystem function has important implications for natural resource management, he says.

“Imagine trying to decide how many deer to harvest or how many cattle to stock in a given year,” Adler says. “The more interannual variability in the food or forage supply for those animals, the harder it is to set the right harvesting and stocking rates. Also, rare, endangered species could be further imperiled by dramatic fluctuations in food resources.” 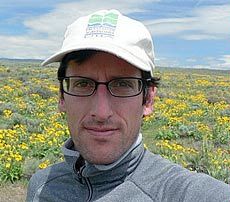 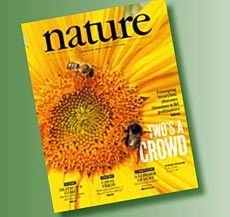 Adler, associate professor in USU's Department of Wildland Resources and the USU Ecology Center, is among authors of a study published Feb. 16 in 'Nature.’