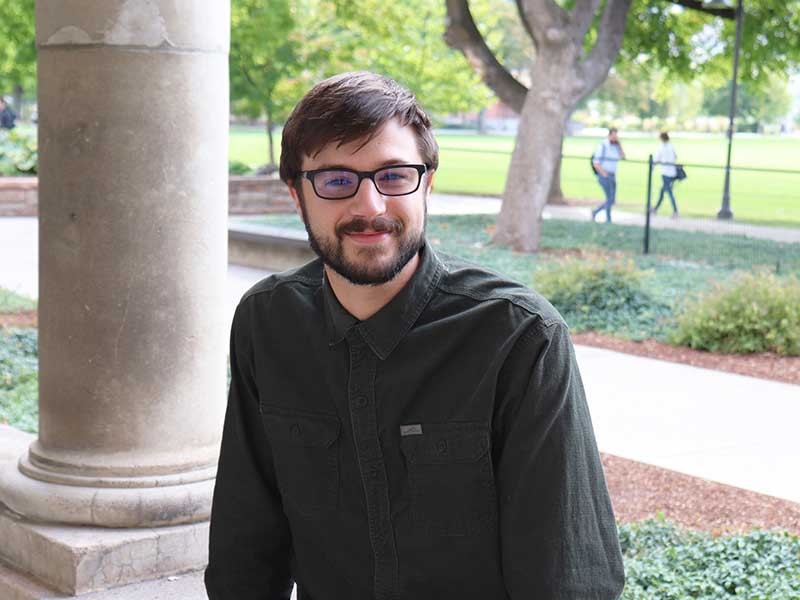 USU mathematical physicist and doctoral student Michael Schultz is using mathematical computations to explore F-theory, a branch of string theory. His research is supported by a Research Catalyst grant from USU's Office of Research.

When you consider a model of a physical theory, how do you know it accurately encompasses all it’s trying to explain?

One way, says Utah State University mathematical physicist Michael Schultz, is to tie the theory to math, put it through a series of mathematical computations and look for anomalies.

That’s the approach Schultz, a doctoral student in mathematics, is pursuing with his faculty mentor Andreas Malmendier, assistant professor in USU’s Department of Mathematics and Statistics.

The two recently shared their paper, “From the signature theorem to anomaly cancellation,” in Cornell University’s online arXiv e-print archives with the global science community. The article was also published online and accepted for future publication in the Rocky Mountain Journal of Mathematics.

“In this paper, we survey the Hirzebruch signature theorem as a special case of the Atiyah-Singer index theorem,” Schultz says. “We use a generalization of these Index theorems to identify a so-called anomaly, and the explicitly construct a mechanism by which to resolve the anomaly.”

The Hirzebruch signature theorem, developed by German mathematician Friedrich Hirzebruch in 1954, is a mathematical proposition dealing with differential geometry. Schultz and Malmendier use it to explore aspects of F-theory, a 12-dimensional branch of string theory, which is a theoretical framework for the physical universe.

“Embarking on this project was both intense and intimidating,” Schultz says. “When Dr. Malmendier suggested this pursuit, which was an unfinished summary he started years ago, I knew I was being pushed beyond my understanding.”

“Research” is a good description of the project, he says. “With the emphasis on ‘re.’ I was searching and ‘re-searching,’ over and over again, for anomalies and looking for answers.”

With a theory of this magnitude, Schultz says the computations were vast and complex.

“Thankfully, Dr. Malmendier’s expertise, experience and encouragement with this project were incredibly useful,” he says. “He taught me the importance of attention to detail and perseverance.”

Even so, Schultz made many of the computations by hand, analyzing them carefully with Malmendier.

“It’s alternately frustrating and meditative, and requires digging into the computations to truly cement your understanding of theory,” Schultz says. “It’s an unending quest to create models consistent with what we know about physics.” 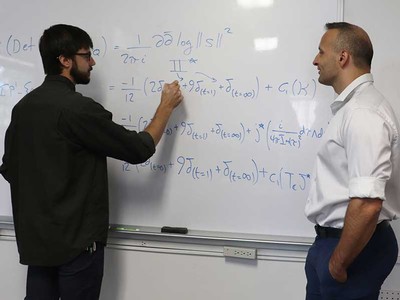 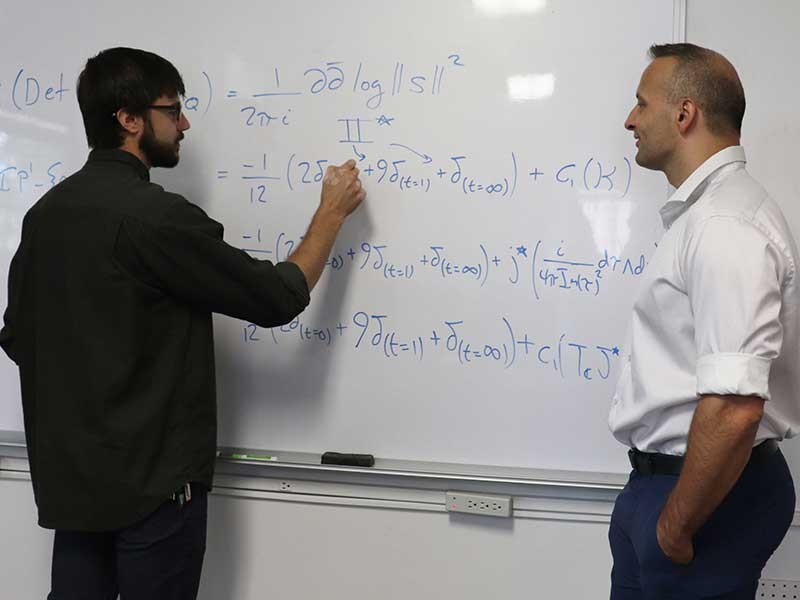