When we think of ultimate gifts or rewards, gold often comes to mind – a gold wedding band, a gold watch at retirement or a coveted gold medal at the Olympics. The gold standard, though no longer used for monetary systems, is still the term used to describe utmost achievement and quality.
“Throughout history, gold has been highly valued because it doesn’t rust,” says USU chemistry professor Alex Boldyrev. “Golden artifacts recovered from ancient Mayan temples and Egyptian tombs are as brilliant today as when they were carefully tucked away centuries ago.”
But is the enduring element really so immutable? No, Boldyrev told family, friends and colleagues who joined him March 7 at the President’s Home for the 13th talk in the university’s 2005-06 Inaugural Professor Lecture Series. The series highlights the accomplishments of university faculty who have been promoted to full professor in the past year.
Boldyrev and his students’ research on the structure and bonding of boron and gold molecular clusters was featured in the cover article, “Gold Apes Hydrogen,” in the January 2006 issue of The Journal of Physical Chemistry.
Boldyrev and colleagues use photoelectron spectroscopy to examine the tiny structures at their most fundamental level. “We’re trying to understand how atoms form clusters,” says Boldyrev. “Starting with a boron atom, we added additional boron atoms – one by one – to form a stable structure.”
The researchers tried adding hydrogen atoms and found that hydrogen bonded with boron. However, building stable boron-hydrogen clusters experimentally proved difficult. Boldyrev’s collaborator, Lai-Sheng Wang, from Pacific National Laboratory, suggested trying gold. “We tried with gold atoms and were surprised to discover that gold behaved similarly to hydrogen – gold mimics hydrogen.”
This was an exciting discovery, says Boldyrev, because gold – steadfast gold – has not been thought of as reactive in the past. In fact, he says, recent research indicates that gold is a very good catalyst at the nanoscale. Catalysts, he explains, are necessary for all living and no-living substances and processes.
It’s too early to determine what sorts of applications might develop from such a discovery, says Boldyrev, but it opens the door to further exciting research. “Suddenly, gold has become a very important catalyst,” he says.
Already, the research team’s article is garnering attention from the physical chemistry community, including a note to Boldyrev from chemist Jesus Ugalde of Spain’s University of the Basque Country, who called the work “wonderful research.”
Asked about the journey that led him to USU, Boldyrev says he prefers to talk about his students rather than himself. He’s quick to praise the research contributions of doctoral chemistry students Anastassia Alexandrova, now a postdoc at Yale, and Dmitry Zubarev, along with computer science student Eldon Koyle.
Boldyrev proudly points out that Alexandrova was named the College of Science’s Ph.D. Graduate Researcher of the Year in 2005. “I have very good students,” he says.
A native of Siberia, Boldyrev left his homeland as the Soviet Union was collapsing. An invitation for a research fellowship in Germany, which he hadn’t been allowed to accept when it was initially extended, was again offered and Boldyrev took it. He subsequently received employment offers in both the United States and Australia.
“The prospect of seeing Australia’s unique wildlife was enticing,” says Boldyrev. “But we decided that the American educational system might be better suited to my son, then 17.”
Boldyrev accepted a visiting professorship at the University of Utah, from which his son earned a computer science degree. USU offered him a permanent position in 1999.
Utah’s mountains differ from Siberia’s endless steppe, but the forests remind Boldyrev of home. “I like Utah and wanted to stay here.”
Boldyrev graduated from Siberia’s Novosibirsk State University with a bachelor’s degree in 1974. He earned a doctorate degree from the Institute of New Chemical Problems, Academy of Sciences, Moscow in 1974 and a doctor of science degree from the Institute of Chemical Physics, Academy of Sciences, Moscow, in 1984. 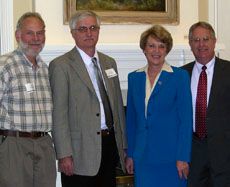 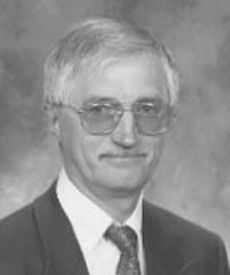 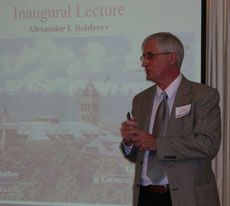 Alexander Boldyrev during his lecture presentation. 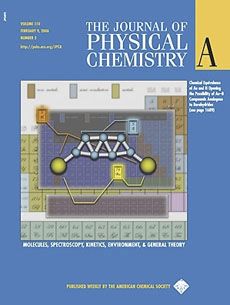 Boldyrev and students' research was recently featured in The Journal of Physical Chemistry. Cover by USU student Dmitry Zubarev. 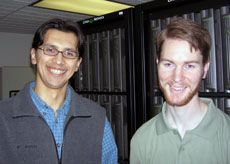