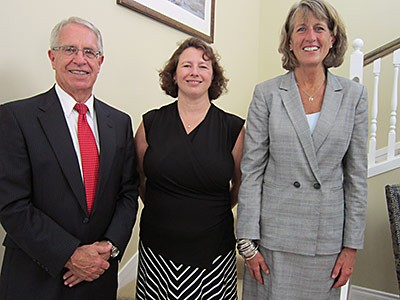 Though she long considered herself a “city girl,” Kynda Curtis has built a career helping people who work the land and produce our food. The Utah State University professor told friends and colleagues gathered for her recent Inaugural Professor Lecture how a scholar — who thought international business would be her passion — has come to devote her work to improving the economic sustainability of farmers and ranchers.

The lecture series honors USU faculty members who have been promoted to full professor in the past year. In her presentation titled “Finding” Agriculture,” Curtis related how she crafted her own mission statement, just as she requires from the farmers who attend her workshops and courses. In addition to its focus on economic sustainability, her mission includes enhancing quality of life in rural and urban communities.

“My job has everything to do with food,” she said. “Producing food, selling food and consuming food. I work mostly with smaller operations, many of them growing specialty products with high demand and premium pricing, and have researched local food impacts on consumer diet and eating habits, examined ways to eliminate food deserts and how to reduce food waste.”

But she did not start on a career path she thought was connected to agriculture. She didn’t grow up on a farm or pursue formal education in agriculture, but there were subtle connections to agriculture woven though her life. Curtis was born and raised in Anchorage, Alaska, and said people in her home town tend to have a “rural mentality” and are informal, independent and entrepreneurial, much like the farmers she works with now. But she spent her childhood trying to escape Alaska.

Curtis spent her junior year of high school as an exchange student in Barcelona and spent a year of college living in Germany. The four languages she speaks paired with her bachelor’s degree in economics from Whitman College and master’s in financial services from the American College bolstered her plans for a career in finance and international business and, for a time, she did work in the finance industry. Curtis said she thought she had no connection or interest in agriculture and “missed” the fact that her final project for graduation from Whitman was an environmental cost/benefit analysis of pesticide use in vineyards.

While she perceived herself as a more of a city person with no connection to agriculture, her family had actually given her experiences in small-scale agriculture. She spent most weekends of her childhood visiting her grandparents and helping them care for 2-3 acres of produce and some chickens. Her parents also grew large vegetable gardens for many years.

“I remember digging lots of potatoes each August and trying to convince my mom to plant the garden in grass,” Curtis said. “The moose finally took care of that for me as they would come through and eat everything before my mother could harvest it and she finally gave up.”

Curtis said it is obvious to her now that small-scale farms like the one her grandparents had are like the urban and semi-urban farms we see today and play important roles in sustainable, local food production. It’s also obvious that many of the young farmers she helps now were attracted to the idea of farming, but often don’t have an agricultural background and are unaware of what Extension offers that can help them succeed.

But it wasn’t a smooth road to a doctoral degree and career in academe and Extension. Curtis said she invited her current graduate students to the lecture because she wanted them to know that success is possible through hard work and dedication, even when there are obstacles.

“The road to full professor hasn’t been easy for me,” Curtis said. “I sold my home, left a career and moved to attend graduate school. I was older than my cohort and economics is math-intensive discipline but I hadn’t had a calculus class in a decade. I took lots of extra math courses to catch up and even bought a Calculus for Dummies book.”

One benefit of being a non-traditional student was that she became friends with many of the faculty members at WSU, which proved to be essential in her career as they became mentors and sounding boards. Her first faculty position at the University of Nevada-Reno crumbled when the agriculture programs there were phased out, but her connections to regional Extension programs that included colleagues at USU helped her find a new academic home.

“So the road wasn’t easy, but it has been worth it,” Curtis said. “Finding one’s calling, in my case agriculture, be it non-traditional agriculture to some, gives us the incentive and motivation to be successful, fulfilled and happy individuals.” 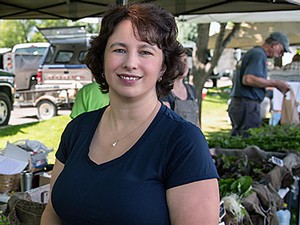 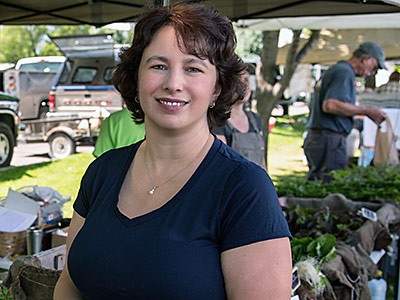