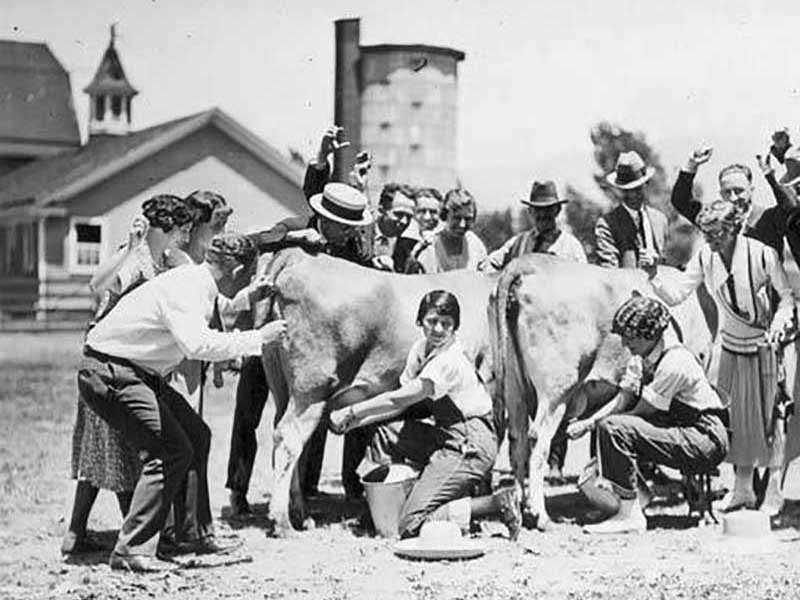 Women in a milking competition, 1920s on the UAC campus.

International Day of Rural Women, celebrated annually on October 15, recognizes the contributions of rural women to the development and sustainability of communities.

Women and girls have made, and continue to make, significant contributions to their homes, towns, and communities in agriculture and resource management every day. As an institution that was founded in part to promote agricultural education, Utah State University joins with the world in celebrating rural women who have made contributions in agriculture, food security and nutrition, and sustainability.

At the turn of the 20th century, women students took dairy practice (butter and cheese making) and horticulture (house plants and gardens), according to Alison C. Thorne. The college catalog described horticulture this way: “this refined field of agriculture warrants the devotion of some time on the part of young women to the principles and practices of at least a restricted field in agriculture.” Another woman’s course at the UAC in its early years was dairy practice. In 1894-95, it became required of all seniors in domestic arts and agriculture so that both men and women enrolled.

Theodore Roosevelt acknowledged the important place of the farm wife in a “Special Message” to the Senate and House of Representatives on February 9, 1909: “The farmer should realize that the person who most needs consideration on the farm is his wife… if she does her duty, she is more entitled to our regard even than the man who is doing his duty; and the man should show special consideration for her needs” (Funda, 88).

Roosevelt’s Commission on Country Life made a number or recommendations on the role of women on farms: “Whatever general hardships, such as poverty, isolation, lack of labor-saving devices, may exist on any given farm, the burden of these hardships falls more heavily on the farmer’s wife than on the farmer himself. In general, her life is more monotonous and the more isolated, no matter what the wealth or the poverty of the family may be.” They advocated “development of a cooperative spirit in the home, simplification of the diet in many cases, the building of convenient and sanitary houses, providing running water in the house and also more mechanical help, good and convenient gardens, a less exclusive ideal of money getting on the part of the farmer, providing better means of communication, as telephones, roads, and reading circles, and developing of women’s organizations” (Funda, 89).

Because of its Extension mission, the UAC reached out to farm families. Girls were involved in clubs that taught gardening, canning and poultry care. Many of these clubs evolved into 4-H. The Smith-Lever Act of 1914 provided funds for cooperative agricultural Extension work, and as a result, women extension experts reached out to farm women as home demonstration agents. In the 1920s, annual farmers’ encampments took to the Quad for learning and entertainment.

In 1941, the Director of Extension, William Peterson wrote, “women are vitally interested in the soil, in soil and water relationships, in use and care of the range, in livestock breeding and feeding, in conservation of natural resources, as well as in rearing children and making comfortable, convenient and happy homes.”

Although a woman’s contribution to the agricultural industry was acknowledged, women were generally not allowed to study in fields of agriculture when pursuing higher education. This was also the situation at the Utah State Agricultural College where very few women were seen in agricultural programs. This was a result of what Thorne called “gender-typing” --what was appropriate for men was not always considered “proper” for women. “Human nutrition was accepted as a proper field for women and frequently was lodged in home economics, but animal nutrition belonged to men” (Thorne, 7).

Today, the gender gap that was seen between areas of study has decreased. According to the United States Department of Agriculture, 31% of American farmers are women. Much of this change has been influenced by changing women’s roles, the rise of technology, and youth agricultural programs such as 4-H and Future Farmers of America, which teach appreciation of rural life and its opportunities.

Utah State University and its statewide reach have a rich history of women’s involvement in agriculture and sustainable development. These women have become active leaders and contributors to their professions. And the pipeline is healthy. More than half of USU’s School of Veterinary Medicine are women. In every area of agricultural studies, women are learning to be the next generation of leaders, researchers, and farmers. 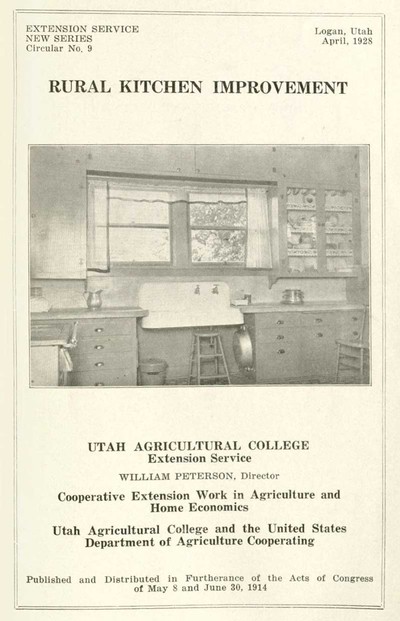 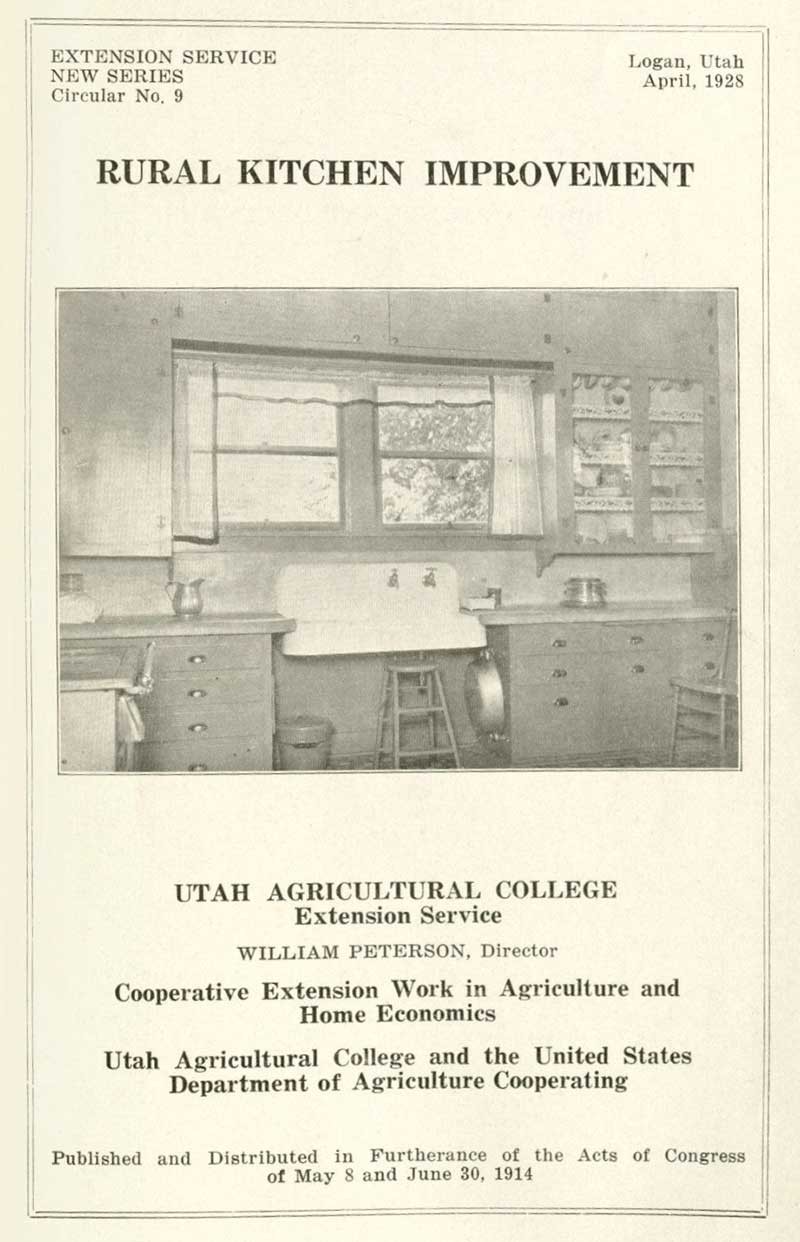 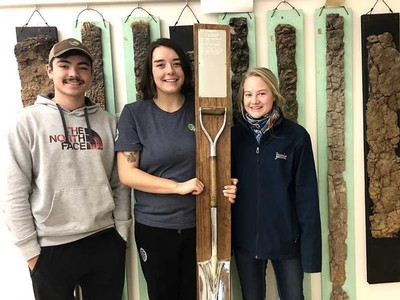 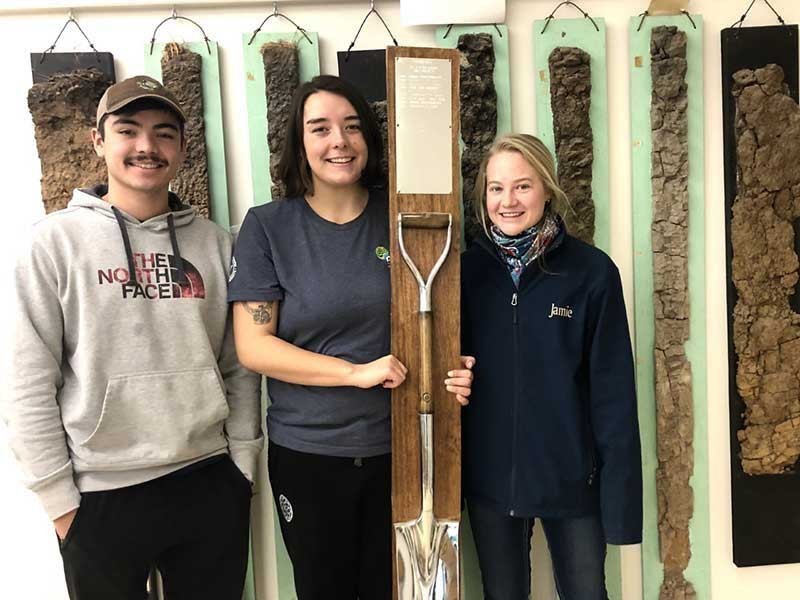