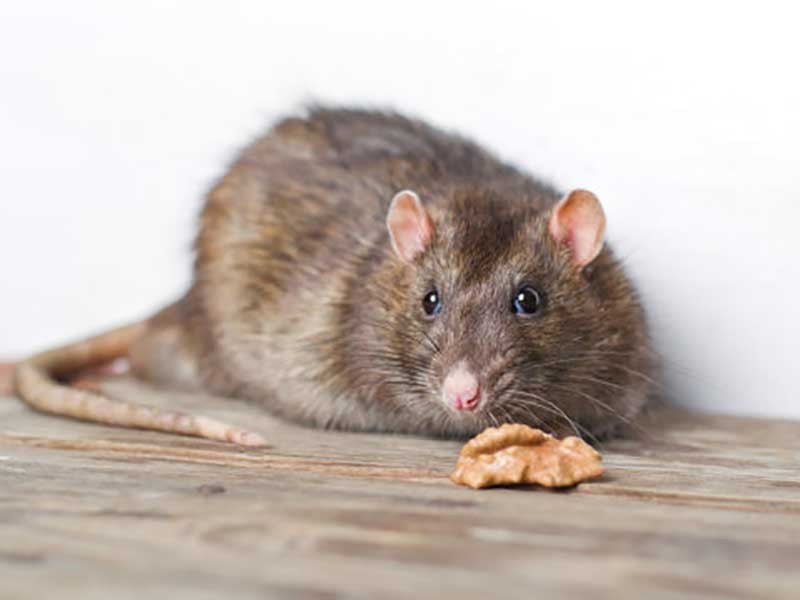 Several cities along the Wasatch Front have recently passed ordinances allowing urban residents to raise backyard chickens. In a story by the Associated Press last December, a link was shown between an explosion in the rat population in Eugene, Oregon, and the growth in backyard chicken ranching. Residents there reported seeing more rats, and in areas where they haven’t been before. Pest control companies in the area also reported a brisk spike in business. However, surprisingly, over this same time period, there were no increased reports of infectious diseases that can be traced to rats, including bubonic plague, hantavirus, leptosporosis and rat-bite fever.

According to Terry Messmer, Utah State University Extension wildlife specialist, humans can get these diseases if they are bitten by an infected rat or if they inhale or ingest microorganisms in the rat’s feces or urine.

In trying to understand why there was an increase in rat populations but not in the diseases they carry, Messmer said most cities have ordinances designed to prohibit conditions that attract rodents. Such ordinances require the rancher to rodent-proof chicken coops and outbuildings that contain food, and they prohibit ranchers from storing garbage unless it is stored in rodent-proof containers. They also grant city employees the authority to make inspections and issue notices of violation.

Messmer said a review of the current scenario suggests factors that have created a “perfect rodent storm.” Factors include sanitation, exclusion and control – or the lack thereof, on the part of backyard chicken ranchers.

“Rodents are prolific breeders,” he said. “They readily capitalize on new opportunities for food, cover and water. Rats generally only prey on chicks and eggs, but if you have a serious infestation and food is scarce, they will raid coops at night and attack juvenile and adult birds. Rats kill by biting the head or neck of their prey. Parts of the chicken’s body may be eaten, and the corpses may be pulled into burrows or other concealed locations for feeding.”

Messmer said it’s possible that rats won’t be seen unless there is a severe problem, as they are shy and generally come out only at night. If they are around, you may be able to spot chewing damage on coops. Rats are also great burrowers and can enter a coop or run from below.

“Don't create conditions that attract rodents, raccoons or skunks to your yard,” he said. “Remove feeders and waterers each night and replace them in the morning. While your chickens won't want to eat or drink at night, rats will, so make sure they are not attracted to your area by seed from wild bird feeders, or cat or dog food left out overnight. And if you spill food, clean it up. If rodents have a food source, they will set up camp for the long term.”

As far as exclusion, Messmer said that chicken wire is not a barrier to predators. Most predators can tear through it and rats can bite through the thin wire. Smaller rodents will simply squeeze through the holes. Chicken wire should only be used to keep chickens in, not to keep predators out. Instead, use tightly woven mesh hardware cloth that is one-fourth to one-half inch for the best protection.

“If you see gnawing damage on your coop, staple hardware cloth around the damaged area so rodents won’t get through,” he said. “Also consider wiring the bottom of your run, burying the bottom of your fence or providing an apron so they can’t enter the coop from below. Since rats, raccoons and even skunks can climb fences, the only way to completely exclude them from the chicken yard is to enclose the top, bottom and sides.”

Messmer also said to remove hiding places. Chicken coops with floors that are raised and open beneath will eliminate rodent hideouts.

“If you have done all the above and still have rodents, consider population control,” he said. “Simple wood-base snap traps baited with peanut butter work well. If you use toxicants, they must be used with a tamper-proof bait box so that chickens, pets and people aren’t at risk for poisoning. Pets can also get poisoned second hand by getting ahold of a poisoned rodent, he said. A bait box will keep the rodent contained so it can’t leave and die in a wall or beneath your house or coop and decompose there.”