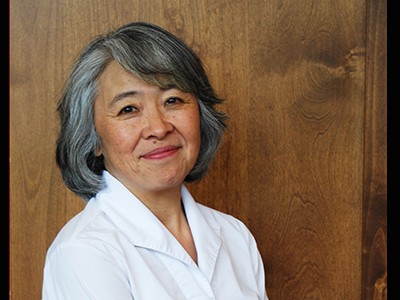 JoAnn Tschanz is the recipient Utah State University’s highest research honor, the 2017 D. Wynne Thorne Career Research Award. Tschanz is a professor in the department of Psychology, who focuses on cognitive diseases. She will receive the award Friday, April 7 at the Research Awards Gala, the premiere event of Research Week.

Tschanz is the second in the department of Psychology to receive the award since it was first created in 1979.

“Dr. Tschanz has made remarkable strides in understanding the causes of Alzheimer’s disease and dementia,” said Noelle Cockett, president of Utah State University. “Her important findings and datasets will provide even greater understanding well into the future. Utah State University is proud of her commitment and exceptional work and the broader reach and impact it will have.  She has not only advanced understanding but identified strategies to reduce the risk of Alzheimer’s, helping to make life better for affected individuals and families.”

She received her doctorate in clinical psychology from Indiana University, and then went on to work at the University of Washington Medical Center until she came to Utah State to be the clinical director and neuropsychologist for the Cache County Study on Memory and Aging. She now works as the USU associate director and neuropsychologist, as well as an associate professor in the Psychology Department.

“I can think of no-one who is more deserving of this award recognizing her record of research productivity over her 22 years at Utah State University,” said Professor Kathleen Welsh-Bohmer in the Department of Psychiatry at Duke University.

Throughout her work in Alzheimer’s disease and dementia, Tschanz has made a large impact on the Cache County Study on Memory and Aging. This study is a collaborative effort among researchers from Utah State, Duke University Medical Center and The Johns Hopkins University.

All research for the study is conducted in Cache County and examines the risk for Alzheimer’s diseases and dementia from genetic and environmental factors, such as vascular conditions, depression, and hormone replacement therapy. This study has been shared with researchers all over the world and has changed thinking on the causes of Alzheimer’s disease in populations.

“Dr. JoAnne Tschanz has made tremendous international impact on the study of Alzheimer’s disease and other dementias by being one of the instrumental players since the initiation and planning phase of the Cache County Study,” said Ingar Skoog, professor at the Institute of Neuroscience and Psychology at Gothenburg University.

Previously, Tschanz has received the Research Project Grant (R01) from the National Institutes of Health, providing more than $2 million for research. She was also awarded a large grant through the National Institute of Aging to research cognitive, functional and psychiatric change over the course of the stages of dementia. She was nominated for the College of Education Researcher of the Year at USU in 2002.

The Cache County Memory Study team, which Tschanz has been a part of for more than 20 years, received the 2012 Lifetime of Exceptional Achievement Award from the Utah Alzheimer’s Association for their research. Success of her research is also displayed in more than 100 peer-reviewed articles. Together, their research has been cited more than 4,000 times since 2012.

Tschanz has also been a mentor to many graduate students.

“The doctoral students [Tschanz] trained were among the best and brightest students at Utah State,” said Constantine Lyketsos, the interim director of the Department of Psychiatry and Behavioral Sciences at Johns Hopkins. “They sought out Professor Tschanz as mentor given her accomplishments. With a steady hand, she successfully supported their development, sharpened their critical thinking and turned them into important emerging or independent investigators

The D. Wynne Thorne Career Research Award is named after USU’s first vice president for research and is the most prestigious research award that Utah State gives.

“We are pleased to honor Dr. Tschanz’s work this year through this award. Her contributions to the field of psychology have been vital when examining the causes of cognitive diseases,” said Vice President for Research and Dean of Graduate Studies Mark McLellan. “We are lucky to have her as a researcher at Utah State.”

The D. Wynne Thorne award recipient is decided through nominations and letters of recommendation from experts in their field of study. Only one university researcher can receive the award per year and has to be recommended by the previous award recipients. The recipient receives a cash award, a plaque recognizing the achievement, and the opportunity to present their research in a lecture.