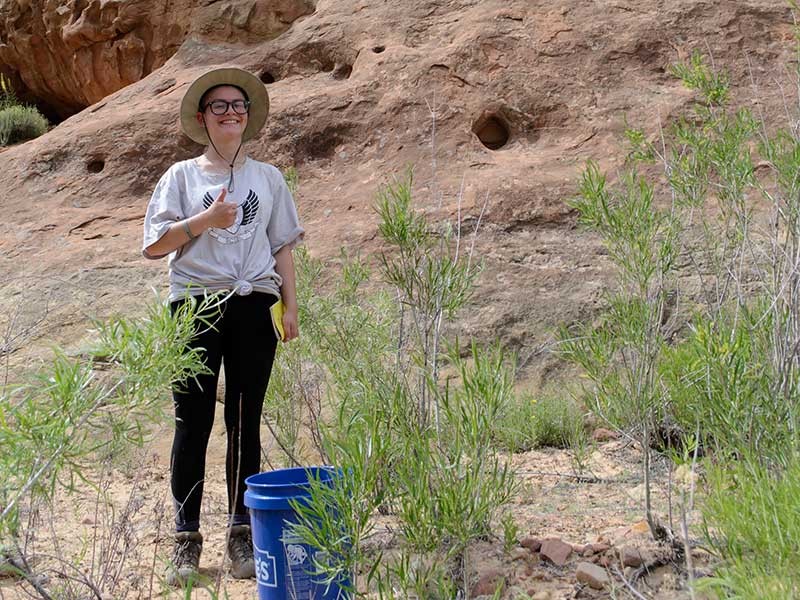 When Undergraduate Research Fellow Audrey Lidgard entered Utah State University, she envisioned a career as a large animal veterinarian. After a few semesters at USU, the Salt Lake City native turned her attention to research and much smaller animals: lizards, to be exact.

“I fell in love with Utah State and with research,” says the 2017 graduate of Utah’s Skyline High School and recipient of a USU Presidential Scholarship, who is majoring in molecular and cellular biology. “Pursuing a question and being able to explore it. That’s where I thrive.”

Awarded a USU Undergraduate Research and Creative Opportunities (URCO) grant, Lidgard is investigating the effects of human-induced environmental changes on side-blotched lizards, a species found in abundance in the deserts of western North America.

With guidance from faculty mentor Susannah French, associate professor in USU’s Department of Biology and the USU Ecology Center and doctoral student Spencer Hudson, Lidgard is examining how the lizards, which measure between two and four inches in length, react to changes in temperature.

“We capture the lizards, conduct a stress test by holding them for 10 minutes and draw a tiny sample of blood, from which we measure the amount of the hormone corticosterone,” Lidgard says. “We’re finding the higher the air temperatures, the more corticosterone the lizards secrete.”

Lidgard has made multiple trips to iconic, red rock sites in southern Utah to study the lizards and collect data.  The team has conducted most of its research just outside of Canyonlands National Park, while staying at the Canyonlands Research Center, located east of the park’s Needles District. The field research site, operated jointly by USU and the Nature Conservancy, features tent cabins, solar-heated showers and a field laboratory.

To beat the heat, Lidgard says the researchers rise early to pursue the swift reptiles and return to the field lab to process their samples. As late afternoons cool the midday heat, the researchers repeat the routine, venturing out again to capture lizards and bring samples back to the lab.

“Out in the field, you want to take advantage of every minute for study,” she says.

During some of their field work, the team was accompanied by teen researchers participating in the Salt Lake City-based Natural History Museum of Utah’s Youth Teaching Youth Program. USU alum Jonny Gonzalez (BS’16, Biology) serves as facilitator of the group, which provides high school students from the city’s economically challenged communities with opportunities to get involved in field research projects and to develop college-ready leadership skills.

“We worked with a very impressive, highly motivated group of teenagers, who were eager to learn,” Lidgard says. “As part of the program, they’ll return to their communities and perform science outreach with younger students. I’m confident they’ll do a great job of this.”

Heading into a new academic year, Lidgard is helping with the university’s Connections program for new Aggies and serving as a College of Science Ambassador, while pursuing an ambitious 19-credit course load.

“For my major, I’m taking classes in organic chemistry and animal physiology, but I also have two minors, so I’m taking French and yoga teaching, as well,” she says.

That’s in addition to her research, which she approaches with enthusiasm.

“One of the best parts of research is the teamwork,” Lidgard says. “Whether it’s four of you chasing a tiny lizard and getting so excited when you’re successful, or having the perseverance to process 106 plasma samples. It’s so cool of be part of something bigger than yourself.” 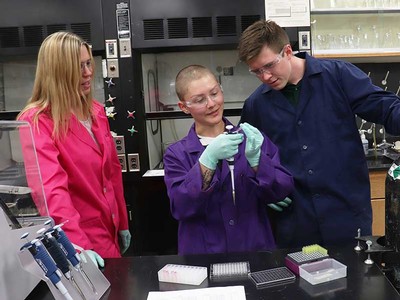 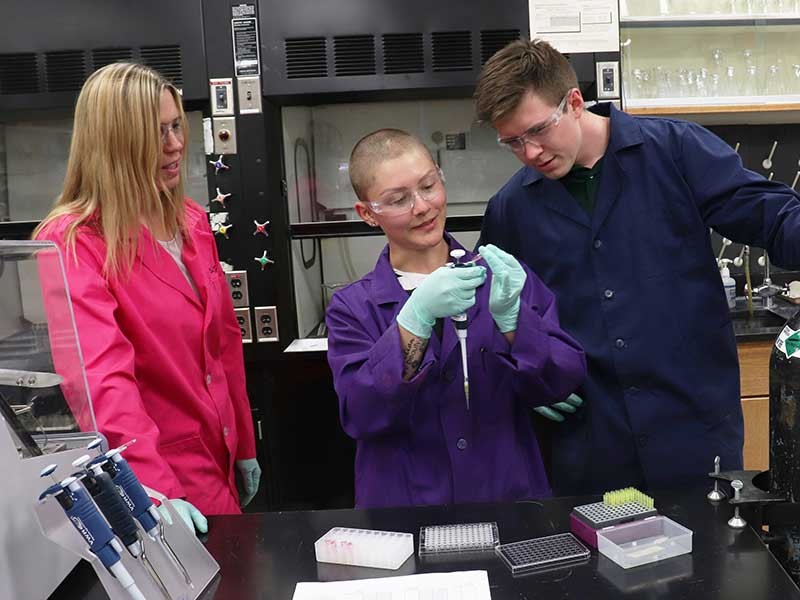