Rivers are the lifeblood of healthy ecosystems and economies, but human impacts may have unintended consequences that put waterways in jeopardy.

Utah State University scientist Patrick Belmont is part of a multi-disciplinary, multi-institution team awarded $4.9 million from the National Science Foundation to establish the Midwestern Critical Zone Observatory or “CZO.” The observatory is one of nine planned, instrumented locations the NSF-led Critical Zones Observatories program is establishing across the nation. Belmont will focus primarily on impacts of agriculture and climate change on the Midwestern CZO’s rivers.

“This will be the program’s seventh observatory to date and the first zone in the Midwest,” says Belmont, assistant professor in USU’s Department of Watershed Sciences and the USU Ecology Center. “The study area will consist of two core sites, one in the Upper Sangamon River Basin of Illinois and the other in Iowa’s Clear Creek Watershed. A third partner site is located in the Minnesota River Basin.”

The NSF describes “the critical zone” as a slice of Earth from “the tops of the trees to the bottom of the groundwater where rock meets life.” According to the foundation’s website, the critical zone is “a living, breathing, constantly evolving boundary layer where rock, water, air and living organisms interact.”

Situated on rolling prairie with rich soil, the sites encompassed by the Midwestern CZO fuel the nation’s breadbasket. But intense modifications during the past two centuries, including fertilization and drainage systems, have taken a toll on the region’s rivers, which are among the nation’s most polluted waterways.

“We’re trying to understand the resilience of this ecosystem and how it withstands these human-driven changes,” Belmont says. “Though the Midwest is distant and different from Utah in some ways, we can apply many of the same questions and investigative techniques here in the West. For example, the innovative geochemical techniques we use to track sediment, as well as new physics-based models we are developing to predict river channel change, can be applied in Utah and elsewhere.”

The researchers will monitor baseline characteristics of the zone, including rainfall, radiation, evaporation, carbon dioxide use by plants and the flow of nutrients, sediments, organic carbon and water. The team will also collect soil samples to track the paths of nutrients and sediments, and compare findings with previously collected data to understand historical trajectories.

“The result will be a very detailed, comprehensive picture of the natural processes going on throughout the CZO,” says Praveen Kumar, lead investigator and professor at the University of Illinois at Urbana-Champaign. “The observatory is aimed at understanding how natural processes happen together, how they co-evolve and how human modification has altered that. We want to find the limit to these modifications and what we need to do to recover the functions that originally made this land productive.” 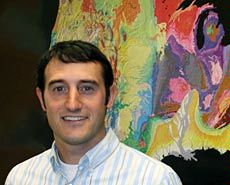 Patrick Belmont, assistant professor in USU's Department of Watershed Sciences and the USU Ecology Center, is a collaborator on a $4.9 million project funded by the National Science Foundation to create a 'Critical Zone Observatory’ in the Midwest. 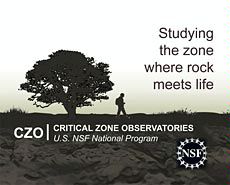 The National Science Foundation is funding nine critical zone observatories or 'CZOs' throughout the nation to study land use changes, climate change and biodiversity decline.