A common assumption holds that an older adult has a harder time learning new tricks than a younger one. James Gardner, an undergraduate researcher, teamed up with other researchers at Utah State University to gather data on it.

Their findings raised new questions about how much attention is required for adults — old and young — to learn a new motor skill. He left for Washington, D.C. earlier this week to share their findings at the Capitol. The Council on Undergraduate Research’s annual Posters on the Hill event ran April 28-29. Only 60 presenters were chosen from more than 600 submissions across the nation.

The research team from the Motor Rehabilitation and Learning Laboratory set out to quantify changes in attention associated with learning a motor task. They measured electrodermal activity (EDA), or skin conductance, using non-invasive wireless sensors that look a lot like wristwatches. EDA has been used in other studies as an estimate for emotion, stress and attention.

Researchers included Gardner; Adam Raikes, a doctoral student; and Dr. Sydney Schaefer, the lab’s director. All the research team members are from the Health, Physical Education and Recreation Department at USU.

They used a simulated feeding task to test how humans learn a novel motor skill, which required research participants to spoon dry beans from one container to another, using their non-dominant hand. Based on theories of motor learning, the researchers’ hypothesis was that EDA levels in both younger and older adults would decrease as they became more proficient. They also expected that younger adults’ EDA (a proxy for attention) would be lower than that of older adults.

Their preliminary results show that in both groups, EDA varied substantially over the course of learning, increasing some days and decreasing other days. Surprisingly, EDA measures were comparable between the older and younger adults. Overall, both groups demonstrated improvements on task performance and decreases in EDA levels, which in part supports the team’s original hypothesis. Gardner is now currently exploring the relationship between the participants’ performance and change in EDA.

The study to date has involved five younger adults and five older adults, and it was carefully controlled to eliminate stimuli that might distract the participants or show an unintended increase in skin conductance. In addition to further developing their methods for data analysis, the researchers are recruiting more potential participants to confirm their preliminary findings. For more information, contact the lab at 435-797-1894.

Their findings are related to other pilot work within a grant proposal now under review by the National Institute on Aging, and will be submitted to the Society for Neuroscience’s Annual Meeting this year.

Gardner said that participating in this research was one of the biggest educational experiences he’d had at Utah State. He worked on the project for his thesis in the Honors Program.

“I’m really appreciative for this experience,” Gardner said. “This project has taken over a year for me to complete. It’s helped me understand how hard it is to control for certain things and conduct real research.”

He plans to study medicine and wants to be involved in both research and clinical practice.

“Going into a clinical profession, I think it’s important that I understand the groundwork behind the research,” he said.

His wife, Laura Mortenson, is starting at the University of Utah’s MD program. Gardner is in the process of applying to medical school as well.

USU’s Honors Program, the Health, Physical Education and Recreation Department, and the Office of Research and Graduate Studies all helped fund Gardner’s trip to Washington, D.C. 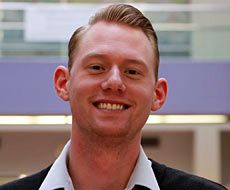 USU undergraduate James Gardner traveled to Washington, D.C., to present research findings at Posters on the Hill April 28 and 29 in the nation's capital. He was among 60 researchers from more than 600 selected for the prestigious event. 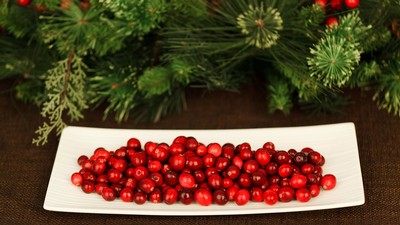