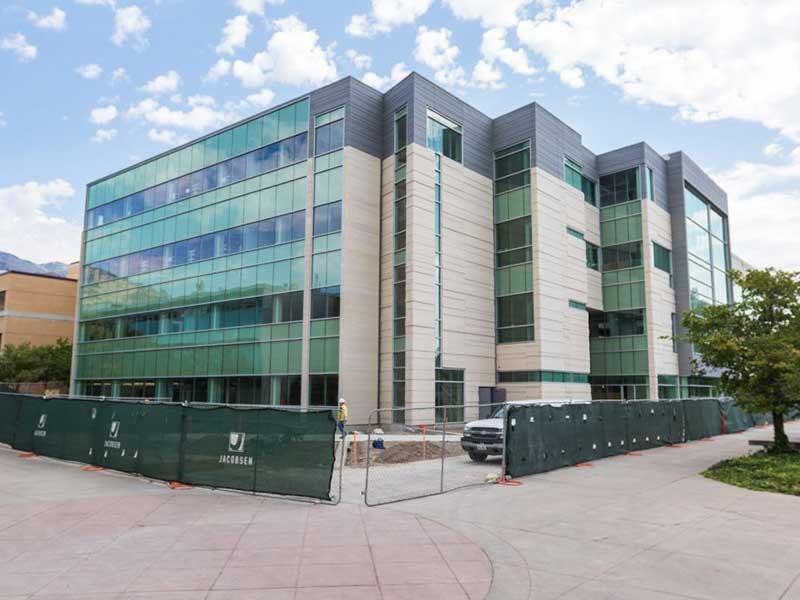 Utah State University’s Life Sciences building will be adding a new restaurant to the now 13 dining locations on the Logan campus.

Amber Schoenfeld, the manager of The Junction, said the restaurant “will be featuring loose leaf teas and we’re using the Smith’s tea brand that we carry in bags in all the other cafes…and we’ll have panini melts, so like gourmet grilled cheese, some of them will be with meats and others will have really fancy vegetables and stuff. And then we’ll have a few pastries.”

Schoenfeld said  she was excited about the classic grilled cheese – which will include four types of cheeses – and the tomato bisque combo. There will also be vegetarian panini options, though not any vegan options as it’s all about the cheeses, she said.

The restaurant will be called “Steeped” with the slogan “A Cafe Steeped in Tradition.” The building designer came up with the name and pitched it to the Dean of Life Sciences who loved the idea. Dean Maura Hagan said

“The credit for naming the cafe in the Life Sciences Building STEEPED goes to Tom Peterson,” Dean Maura Hagan said. “I thought that it was the perfect name for the LSB eatery the very minute that Tom suggested it to me.”

Peterson is the design consultant for the Life Sciences Building.

“We’re seeing a huge increase in how many people on campus order tea” Schoenfeld said.

The restaurant was originally supposed to open at an earlier date, but due to late delivery of machinery that date was pushed back to March 11, the week during Spring Break.

Jaime Bradford, the associate director of retail operations, wrote that March 11, 12 and 13 was a a VIP opening event, invite only, and the opening to the public was March 18. Bradford’s reasoning was “by doing the VIP event we can control our crowds but give our employees a great few days of training.”