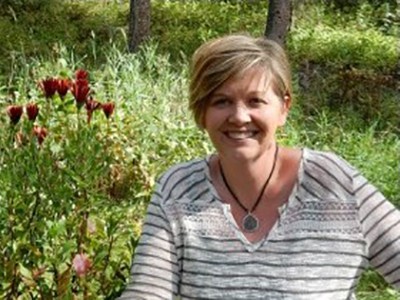 USU natural resources sociologist Courtney Flint is usually absorbed in the study of humanity’s intersection with the natural world.

Since Monday, her time has gone to answering a barrage of emails and calls from news reporters worldwide seeking her opinion of news that she would no longer be on a scientific board that advises the Environmental Protection Agency.

Newly appointed EPA administrator Scott Pruitt announced Monday that it would not be extending terms for some members of the 18-person board because of budget cuts and the fact that the EPA, according to a spokesman, wants to include more input from industry representatives who “understand the impact of regulations.”

Flint, a natural resource sociologist and professor in the Department of Sociology, Social Work and Anthropology, has been on the Board of Scientific Counselors of the EPA since 2014. In this position, she and her fellow scientists, who are among the top academic experts in the country, review the science upon which EPA regulations are developed and implemented.

The EPA’s action has garnered wide attention for what the Washington Post calls “the latest in a series of moves that could benefit industries whose pollution the government regulates.” As one of the five scientists targeted, Flint’s comments have been reported by the New York Times, the Washington Post and the Guardian. She’s given interviews to the Associated Press, Bloomberg, weather.com, ABC, CBC Radio Canada, Frontline, CNN and others.

Although the announcement has been seen by many as politically motivated, Flint says the board focuses strictly on science. She told the Guardian that the board “has been careful to avoid partisanship in our scientific recommendations.”

In comments to Utah State Today, Flint added that such boards “are essential  because they conduct rigorous, objective reviews of agency science.”

Flint has been widely recognized for her expertise on how environmental changes affect people. Last month, she was named the 2017 Faculty Researcher of the Year by the College of Humanities and Social Science.

Flint came to USU in 2013 in a dual role as a sociology professor and to work with iUtah,  which stands for innovative urban transitions and arid-region hydro-sustainability. The program is a water-focused interdisciplinary research and training program funded by the National Science Foundation. USU heads up the project in collaboration with many other institutions and partners across the state.

In some media, commenters have claimed that contributions from such fields as sociology and economics – one of the dismissed scientists is an economist -- aren’t as meaningful as those offered by board members who are chemists and toxicologists.

“She has helped the university and the state bridge the gap between physical and social sciences and build partnerships between citizens, local water managers and the university,” said Baker.

In an October 2016 post on the EPA’s blog, Flint described benefits of what she describes as “the integration of social sciences in environmental health sciences.” During one recent workshop directed by Flint, for example, participants explored the social impact of environmental contamination.

“By including social scientists in these reviews,” Flint tells Utah State Today, “recommendations to improve agency research methods and outputs are inclusive of complicated social realities such as economics, politics, demographics, and community dynamics that are critical to development of effectiveness federal policy to protect the wellbeing of the country.”

Flint’s work with what she calls “the federal agency charged with protecting human health and the environment” benefits Utahns and has national implications as well.

“By engaging with and listening to the perceptions, concerns, and insights of our citizens, Dr. Flint’s work contributes to Utah’s ability to plan for and an enjoy an ample and safe water supply for the future,” said Baker.