Utah State University President Stan Albrecht honored two university professors as part of the Inaugural Lecture Series, a program coordinated by the provost’s office. Amy Odum and Paul Johnson made presentations and were honored in February 2014 as part of the series that highlights the accomplishments of faculty who have been promoted to full professor.

Odum, a professor in the Department of Psychology, presented “Good Things Come to Those Who Wait” at President Albrecht’s home. After earning a doctorate in psychology at West Virginia University, Odum began a post-doctoral fellowship at the University of Vermont. Her teaching interests include basic behavior analysis and behavioral pharmacology. Odum has served on the board of editors of a number of journals and is currently associate editor for the journal of Experimental Analysis of Behavior.

Odum has many ongoing research projects in the realm of delay discounting and impulsivity; environmental factors influencing the development of tolerance and sensitization to drugs of abuse; drug and environmental influences on timing and temporal discrimination; factors affecting response persistence and resistance to change and more. Her work has been funded by the National Institute on Drug Abuse and the National Institute of Mental Health.

Currently, Johnson’s research topics include evaluating and developing a stress tolerant and sustainable turfgrasses for the Intermountain West, organic golf course management in Utah and drought management in Utah, including an interdisciplinary project studying climate, water storage in the mountains, runoff and urban water use. 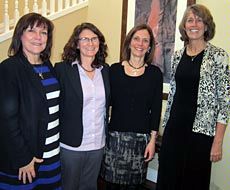 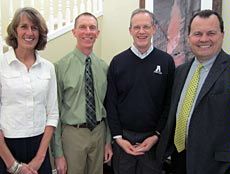