And yet, the forest quickly bounces back from each assault.

“Watching a forest like Luquillo recover from a hurricane leaves the impression that tropical ecosystems are highly resilient to disturbances,” says Crowl, professor in the USU Ecology Center and Department of Watershed Sciences. “In the case of ‘pulse’ disturbances — that is, temporary impacts like storms that briefly hit and move on — that’s mostly true.”

But exposure to long-term ‘press’ disturbances, such as deforestation, urbanization, invasive species and climate change, reveals a much more vulnerable side of tropical ecosystems.

That’s the crux of the new book published June 2012 by Crowl and colleagues that synthesizes decades of ecological monitoring and research conducted at Luquillo. A Caribbean Forest Tapestry: The Multidimensional Nature of Disturbance and Response, published by Oxford University Press as part of the LTER book series, distills reams of data and thousands of academic papers into a concise, easy-to-read text aimed at student audiences.

“Tropical regions have the highest rate of deforestation of any ecosystems in the world,” Crowl says. “It’s easy to assume that a region as verdant as a tropical rain forest can easily recover, but that’s not the case.”

Fly over Mexico’s Yucatan peninsula, he says, and you can still see markings in the landscape from Mayan agriculture and other activities carried out 1,200 years ago. Fly over Luquillo and you can see remnants of a long-abandoned, 1920s-era coffee plantation.

“Studying a tropical ecosystem’s responses to pulse versus press disturbances is a real conundrum,” Crowl says. “Such ecosystems are much more fragile than once thought.”

And a press disturbance of increasing frequency — a threat that seems the antithesis of ‘tropical’ — is drought.

“Our long-term studies of Luquillo indicate precipitation patterns are changing,” he says. “In recent years, we’ve observed periods of no rainfall for weeks. This exacts a significant toll.”

“Lack of rain sets off a chain of effects that can permanently alter the ecosystem,” he says. “No one really has a handle yet on the implications of this aspect of climate change.”

A benefit of LTER study, Crowl says, is accumulating data sets that allow uninterrupted observations over long periods of time.

“We wouldn’t be able to detect patterns of change without this information,” he says.

Crowl cites opportunities for student research as another major plus of long-term study sites. Since its inception as a LTER site in 1989, more than 12 undergraduates, 15 graduate students and three postdoctoral researchers from USU have been involved in intensive research projects at Luquillo. Crowl’s doctoral student Omar Perez-Reyes is currently working at the site and mentoring Tyler Nelson, a USU pre-dental biology student, who is on-site as a NSF Research Experiences for Undergraduates grant recipient.

The USU professor says the book detailing research at Luquillo is a collaborative effort involving researchers from around the world.  Crowl co-authored four of the book’s chapters. Utah State faculty member Karen Beard, an associate professor in USU’s Department of Wildland Resources who conducted study at Luquillo as a doctoral student, co-authored two of the book’s chapters.

Crowl travels to Puerto Rico June 2012 to join with co-editors in promoting the book and meeting with Puerto Rican dignitaries. 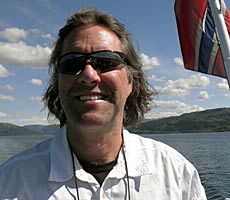 USU ecologist Todd Crowl heads to a research site in Puerto Rico. He says tropical forests may be more vulnerable to natural and human-caused disturbances than previously thought. 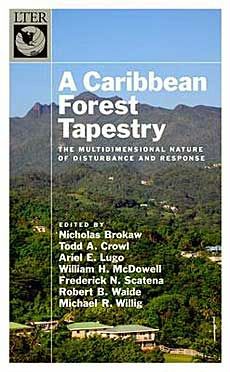