Clint McKee’s unconventional path to medical school included several unplanned detours, a flat tire or two and more than a few potholes. Before earning his undergraduate biology degree in 2005 at Utah State University’s Uintah Basin Campus, he nearly shelved his dream of becoming a physician. But encouragement from his professors, coupled with McKee’s gritty tenacity and a few bane-turned-blessing moments, fueled his passion toward what he considers his true calling.

“I decided at age 14 that I wanted to become a doctor,” says McKee, one of 12 children raised on a family dairy farm in eastern Utah. “But I’d never met anyone who went to med school and had no idea what it took to get there.”
Now in his second year of medical school at the University of Utah, the 30-year-old husband and father of five revels in opportunities to immerse himself in the study of the intricacies and nuances of the human body.
“Despite the academic demands, it feels like a luxury,” McKee says. “I wasn’t sure what to expect when I entered med school but I feel I was exceptionally well prepared and I’ve done very well in my classes.”
His undergraduate career began less favorably. Just a year or so into his studies at an urban campus in Utah, McKee, newly married and eager to start a family, struggled to balance the demands of work, school and home. Something had to give, and that something was school.
“Most of the classes I needed were offered during the daytime and it was hard to find a job with the flexibility to accommodate school,” he says.
During a visit home to his parents’ farm, McKee spied a class schedule his sister was reading about USU’s Uintah Basin Campus. “I noticed that a number of courses in biology, chemistry and calculus were offered in the evenings.”
The timing was auspicious. McKee’s father, Mike, was elected to serve on the Uintah County Commission and needed help with the family farm. Managing the farm by day and studying by night seemed like a good fit for McKee.
“The advisors at USU were great,” he says. “They looked at my fractured transcripts and helped me get back on an academic track.”
The scheduling worked but the workload wasn’t easy.
“I remember Clint occasionally being late because a tractor got stuck or he had to handle some other incident on the farm,” says Lianna Etchberger, assistant professor of biology at USU Uintah Basin. “Yet he was a bright and dedicated student – eager to learn and full of perceptive questions.”
“I’d show up for class straight off the farm – filthy, tired,” McKee says. “But the professors were phenomenal. I loved the small classes, one-on-one instruction and flexibility.”
Upon graduation, McKee still wanted to pursue medicine but wondered if a less arduous academic path might be better suited to his growing family. His planning was interrupted when he and his wife, Kathryn, learned that their unborn child had serious heart problems. Delivered by emergency caesarean section, baby Sarah was rushed to Salt Lake’s Primary Children’s Medical Center for treatment.
The outcome was joyous, and McKee marveled at the physicians’ skills. “It dawned on me that, if not for doctors, my daughter, my wife, and my twin sons – who also faced a medical crisis at birth – would not be here,” he says. “It was an epiphany and reinforced my determination to become a doctor.”
McKee embarked on the detailed medical school application process, including studying for the medical school entrance exam or ‘MCAT.’ “I had about a year’s worth of preparation to complete and realized that I needed more research experience,” he says.
Etchberger urged him to contact biologist Paul Cliften at USU’s Logan campus, who was seeking a research technician.
“Clint had only a fraction of the experience of the other applicants,” Cliften says. “But I was impressed with his curiosity and knowledge and hired him. I figured I would likely never have another opportunity to help train someone of his caliber.”
Months later, glowing recommendations from Cliften and Etchberger were included in McKee’s successful medical school application.
“I feel like I received a great education from USU,” McKee says. “And the support I received from my professors helped me achieve my dream.”
Contact: Clint McKee
Writer:  Mary-Ann Muffoletto, 435-797-3517
August 2008 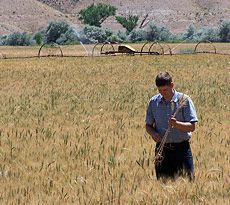 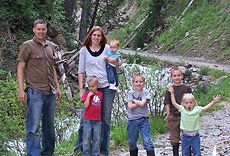 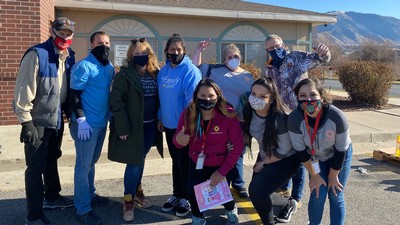