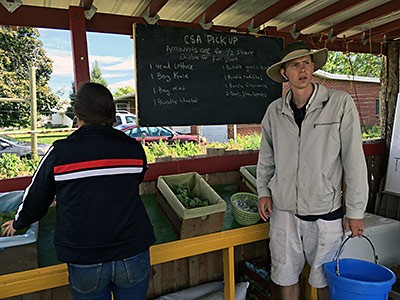 A CSA is a partnership between a farm and a community of supporters that provides a direct link between the production and consumption of food. CSA members pay at the onset of the growing season, which helps farmers cover the cost of seeds, fertilizer, equipment and labor. Once harvesting begins, members periodically receive shares of fresh produce.

Researchers from USU’s College of Agriculture and Applied Sciences recently received an award for their work examining attitude and behavioral changes among those who participated in a CSA.

Kynda Curtis and Ruby Ward, professors in the Department of Applied Economics, and Karin Allen, assistant professor in the Department of Nutrition, Dietetics, and Food Sciences, studied the impacts of CSA program participation on consumer attitudes and behaviors related to food consumption. The paper detailing their research appeared in the July 2015 Journal of Food Distribution Research and received the Best Paper Award.

“We wanted to see whether having more access to fresh produce changed people’s eating habits,” said Ward. “Did they eat more fruits and vegetables? Did they cook more creative and nutritious meals? Did they eat out at restaurants less?”

All members of the study reported eating more produce as a result of the program, and along with more produce came increased availability of Vitamin C, Vitamin B-12 and folic acid. The researchers also noted a five percent decline in purchases of packaged meals during the program.

“It’s possible to make a living with a small farm in Utah,” Ward said. “Farmers have to engage directly with consumers in their communities, and customers can expect higher quality, fresher produce.”

Ward said the idea of the study was to provide a place for researchers to start.

“I know a lot of researchers in our field are interested in local agriculture. I think you could take this research in a lot of directions and extend it into other areas,” she said.

For more information about CSAs and a list of CSA programs in Utah, visit http://csautah.org. 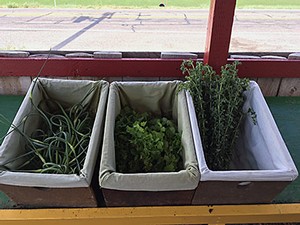 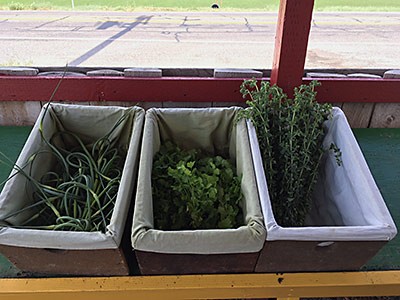