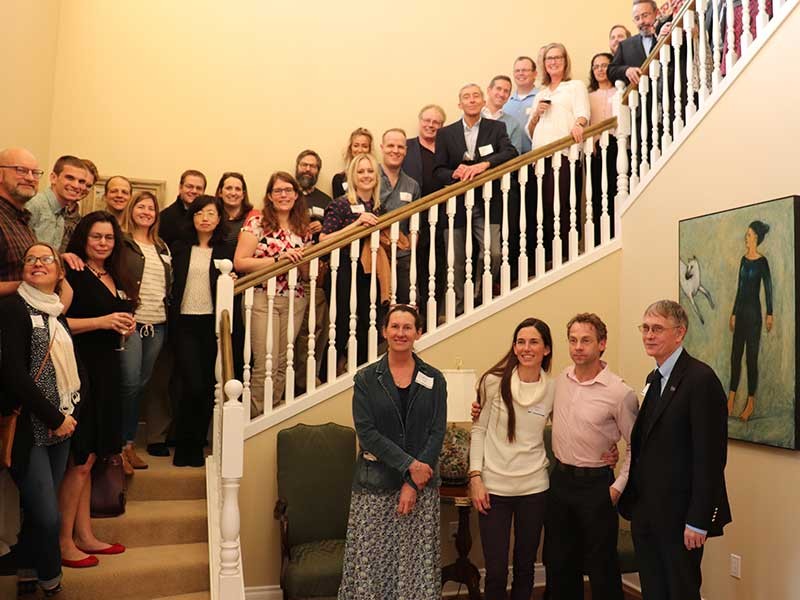 Webster’s defines it as “enterprise or initiative,” but author Robert M. Pirsig, in his celebrated book, “Zen and the Art of Motorcycle Maintenance,” describes it as “the psychic gasoline that keeps the whole (motorcycle) going.”

Pirsig’s tome has been a long-time inspiration to Brown, who recounted his personal and professional journey during his Nov. 6 presentation, “A Bodybuilder, a Punk Singer, A Book and a Lawnmower … Oh, Yeah, and a Few Mathematicians.”

Brown’s talk, presented to family and friends, was the third gathering of the university’s 2019 Inaugural Professor Lecture Series at the USU President’s Home. Coordinated by the Provost’s Office, the series highlights the accomplishments and academic journeys of faculty, who have been promoted to full professor in the past year.

“The Greek word for gumption is close to ‘enthusiasm’ or ‘being full of God’,” Brown says. “If you’re going to be an effective teacher, you need a lot of gumption.”

As USU’s 2014 Eldon J. Gardner Teacher of the Year, the university’s highest teaching honor, Brown must know what he’s talking about.

But the Colorado native’s path to teaching – and to math teaching, in particular – wasn’t easy.

As a child, Brown struggled with math and was demoted two grades for poor performance.

Thankfully, an attentive and astute teacher took note of the diamond in the rough and gave Brown the chance to work in a self-paced, self-taught class setting. Within one semester, the adolescent successfully worked his way through a year-long geometry curriculum.

“I stumbled upon a forgotten set of weights in the basement and started lifting,” he says, “It’s one of the smartest things I’ve ever done.”

Soon the 90-pound weakling, who was either the last-person-chosen-for-the-P.E.-class-team or simply didn’t participate because of a bad asthma day, was wowing classmates with his ability to bench press twice his weight. As an added bonus, weightlifting strengthens the muscles that help Brown breathe.

“It’s a very cool calculus problem, actually,” Brown says. “An asthmatic’s lung performance is characterized by the shape of a curve they generate under a stress test.  Mine still have the asthma-shape, but their curve encompasses a high-performing normal lung shape; their curve has more area under it.”

His enthusiasm or, shall we say, gumption, for weightlifting and math followed him through high school and college.

“I admired Arnold Schwarzenegger because of the stories of overcoming obstacles that characterized his path to success, not for his physique or accomplishments – his journey, not where he ended up,” Brown says.

For a number of years, Brown pursued competitive lifting and earned the titles, “Mr. Teen-America,” at age 18, and “Mr. Colorado,” at age 19.

But the sport’s dark side, he says, including rampant drug use and the competitive mentality that “doesn’t focus on the journey” caused him to stop competing.  While he gave up formal participation, Brown continues to lift and never misses a workout.

“Even in grad school, when I had so little time, I convinced the gym owner to let me work out after hours,” Brown says. “He gave me the keys and told me to ‘lock up,’ when finished.”

As for academics, Brown earned a bachelor’s degree from the Metropolitan State College of Denver in pure mathematics and philosophy in 1999.

Amidst college, he went to work in the oil industry, but became disillusioned with “an unscrupulous boss” and a culture of excess (“think Enron parties”).

“It might be more accurate to say I was ‘enlightened’ via the unscrupulous boss, and saw just what working for something you couldn’t possibly be passionate about does to you,” Brown says. “After five years, I’d had enough and turned my focus to college, which I still hadn’t finished after seven years.”

Cue Rollins Band and the album, “The End of Silence,” for this chapter of Brown’s life.

“The album was like a self-help book to me,” he says. “Songs about how a low self-opinion can ruin your life, and how working for money can destroy your humanity and soul were just what I needed to hear – loud, really loud.”

Brown initially planned to major in philosophy, but discovered a poor job outlook.

“Instead, I chose mathematics and, eventually, Graph Theory chose me, and papers got published and a dissertation began to be written,” he says.

After completing his doctoral degree in applied mathematics from the University of Colorado at Denver in 2004, Brown joined USU’s faculty in the Department of Mathematics and Statistics.

Though active in research and author of a book chapter and more than 20 peer-reviewed journal articles, Brown’s first love is teaching.

“My college transcripts are checkered with classes aimed at training future high school teachers,” he says. “I pursued this objective for much of my strung-out college career, even for a period that intersected with my oil industry job.”

While Brown excels as an educator, he insists he’s still learning.

“Teaching is not the gun that shoots bullets of knowledge into students,” he says. “Learning seems to happen, but I can’t connect the cause-and-effect relationship that our teaching traditions suppose.”

What does seem important, Brown says, is to foster an atmosphere where students develop the tools to approach challenges.

“The best thing we can do as teachers, is to inspire gumption,” he says. 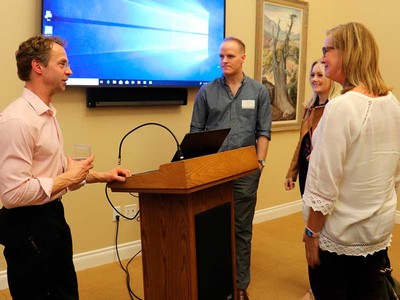 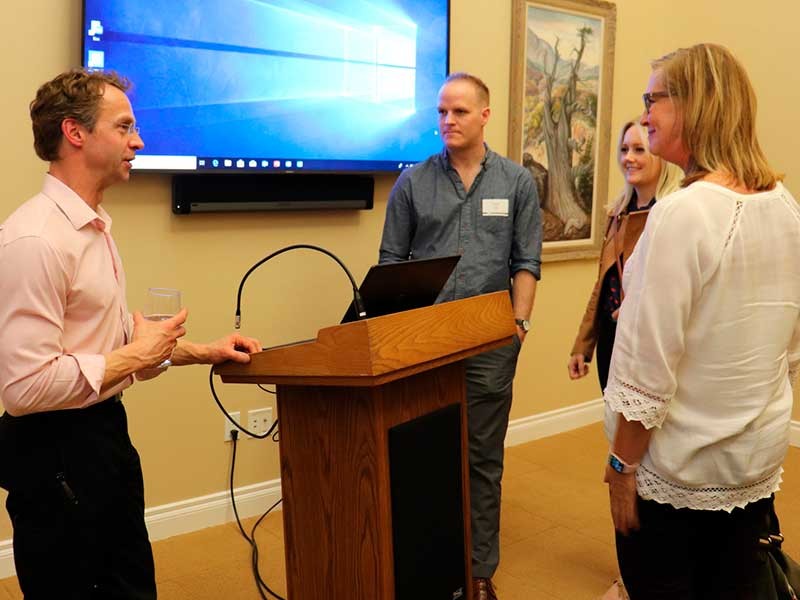