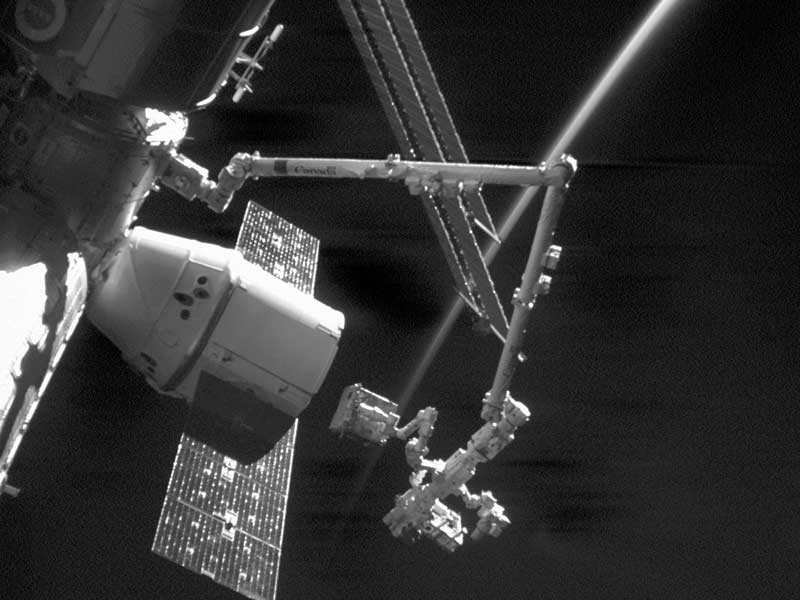 NASA's Robotic Refueling Mission 3 containing a Space Dynamics Laboratory built dewar is shown here being removed from the SpaceX Dragon trunk prior to installation on the International Space Station. This image was captured by NASA’s Raven payload. (Credit: NASA).

NASA announced recently that its Robotic Refueling Mission 3 has successfully arrived at the International Space Station. Utah State University’s Space Dynamics Laboratory designed, built, and tested a critical cryogenic container for use on RRM3 that was integrated with a receiver tank and will be used to demonstrate storage and transfer of liquid methane in space.

SDL engineers manufactured the Methane International Space Station - Dewar, known as MISS-D, for RRM3. The dewar is a 50-liter container that was fabricated to operate in the harsh environment of space as part of an exterior payload on the ISS. It is designed to hold the liquid methane down to -288 degrees Fahrenheit and was integrated with a receiver tank before launch. In addition to demonstrating the replenishment of cryogenic fluid in space, NASA will use RRM3 to store the liquid methane for six months with zero boil off to demonstrate the efficient use of these important consumables. Boiling off liquid coolants is a natural phase transition from liquid to gas.

“The operational lifetime of a satellite is limited by consumable resource factors carried onboard, including fuel, that deplete over time,” said Glen Hansen, SDL’s group lead for mechanical engineering and program manager for MISS-D. “We are honored to have been part of this exciting mission. It will not only demonstrate the possibility of refueling spacecraft that orbit Earth, but the capabilities could also be applied to exploration missions to the Moon and Mars.”

Founded in 1959, SDL traces its origins to the earliest US space experiments utilizing German V-2 rockets at the end of World War II. It has long been at the vanguard in the thermal management of space-based systems.

“NASA is on the leading edge of researching and demonstrating ways to refuel satellites to extend their capabilities far beyond their designed life by, perhaps by years, lowing the costs and risks of building new space-based systems,” said Jed Hancock, SDL’s executive director of programs and operations, and director of civil and commercial space. “For nearly six decades, the talented men and women of SDL have worked tirelessly with NASA to provide them with technologies that help enable the agency to reach for new heights and reveal the unknown for the benefit of humankind.”

With its headquarters in North Logan, SDL has offices in Albuquerque, NM; Bedford, MA; Dayton, OH; Huntsville, AL; Houston, TX; Los Angeles, CA; and Washington, DC. As one of 15 University Affiliated Research Centers, SDL serves as a trusted agent of the U.S. Government and a strategic Department of Defense research center. Last year, research projects awarded to SDL valued more than $100 million. SDL is growing and is currently hiring more than 50 engineers, technicians and business professionals to add to the current workforce of about 750 people. Visit www.sdl.usu.edu for more information. 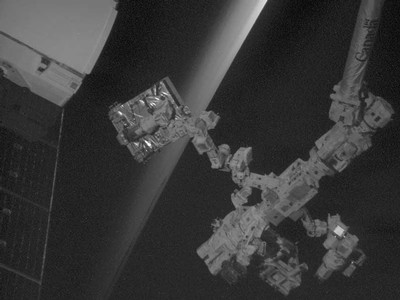 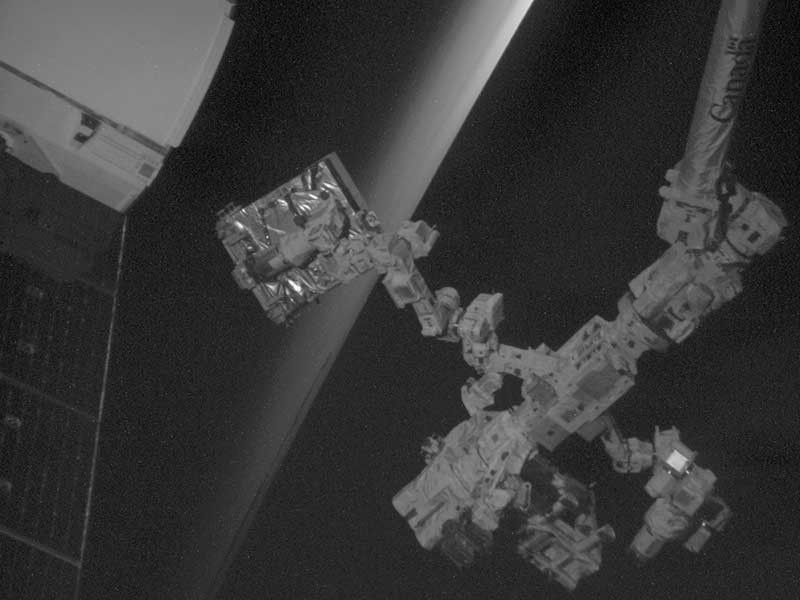