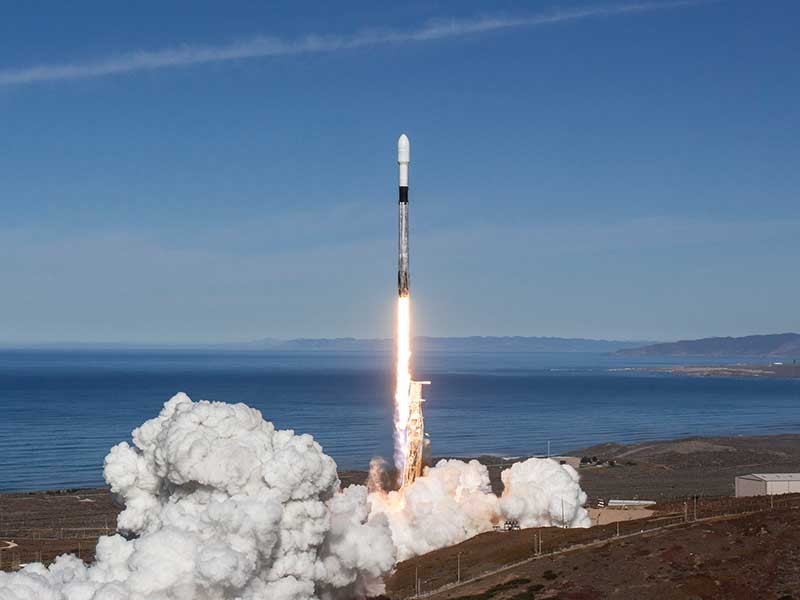 The U.S. Department of Homeland Security announced the successful launch of it’ Space Dynamics Laboratory-designed Polar Scout small satellites aboard a SpaceX Falcon 9 rocket into a sun synchronous orbit. The two Polar Scout satellites, known as Kodiak and Yukon, lifted off at 11:34 a.m. MST on Tuesday, December 3, 2018 from Space Launch Complex 4E at Vandenberg Air Force Base, CA. Preliminary telemetry indicates the satellites are healthy and operating as designed.

The Department of Homeland Security Science and Technology Directorate’s mission for Kodiak and Yukon is to demonstrate and evaluate technologies that can be leveraged to support the detection and reporting of search and rescue beacons in arctic regions for the U.S. Coast Guard. Utah State University’s SDL delivered the design package for the Polar Scout satellites, manufactured the engineering development unit, and performed system level environmental testing on EDU.  SDL also provided engineering reach back support to Millennium Engineering and Integration Company for the flight unit build, integration and test.

According to the DHS, shipping traffic in and around the U.S. Arctic region over the past several years has increased significantly. Higher traffic in the icy waters will likely lead to an increased need in search and rescue capabilities. In 2008, 52 cargo ships, tugboats and tankers navigated the region. In 2013, that number had increased to 144, and it is estimated that by 2025 more than 2000 shipping and support vessels will sail in the harsh environment of the arctic sea.

“SDL is grateful to have been selected to work with a superb government and industry team to provide small satellite technologies that will enable the DHS to prove advanced search and rescue technologies for the Coast Guard,” said Jed Hancock, SDL’s executive director of programs and operations. “The acquisition approach to Polar Scout is a good example of our role as a University Affiliated Research Center and trusted agent of the government – where SDL designed and manufactured the first engineering model that enabled industry to build the spacecraft based on our design.”

The U.S. Coast Guard is responsible for ensuring safe, secure, and environmentally responsible maritime activity in U.S. Arctic waters. The vast distances, lack of infrastructure, and harsh weather combine to make operations in the Arctic very difficult. Over the next year, The U.S. Coast Guard and Department of Homeland Security will work with their counterparts in industry to ensure the spacecraft meets their mission objectives.

Kodiak and Yukon each weigh approximately 16 pounds, and before the solar arrays are deployed measure 14.5 inches, by 9.4 inches, by 4.5 inches, or about the size of a shoebox. SDL has been a leader in designing and building small satellites, and providing proven space-based capabilities that are less expensive to build and launch than larger satellites.  SDL will continue to work with the Department of Homeland Security and the Polar Scout prime contractors during early orbit operations for both small satellites.

With its headquarters in North Logan, SDL has offices in Albuquerque, NM; Bedford, MA; Dayton, OH; Huntsville, AL; Houston, TX; Los Angeles, CA; and Washington, DC. As one of 15 University Affiliated Research Centers, SDL serves as a trusted agent of the U.S. Government and a strategic Department of Defense research center. Last year, research projects awarded to SDL valued more than $100 million. SDL is growing and is currently hiring more than 50 engineers, technicians and business professionals to add to the current workforce of about 750 people. Visit www.sdl.usu.edu for more information.