During winter months, concern typically turns to air pollution in northern Utah’s Cache Valley. Due to temperature inversions, the bowl-shaped dale traps worrisome particulate matter, including that emanating from the tailpipes of cars and cows.

Utah State University physics student Rachel Nydegger is investigating pollution of another kind. For the past seven months, the undergraduate researcher has diligently ventured to points throughout campus in the dark of night, in all kinds of weather, to collect data on light pollution.

“It’s not easy getting out of bed and going outside when it’s 11 degrees below zero,” Nydegger admits. “Eventually, we hope to get funding for equipment that takes automated readings but, for now, I’m using a sky quality meter to measure ten degrees of sky at a time at every 50 paces.”

“Our goal is to complete a light pollution map of all of Cache Valley,” says Nydegger, a 2011 graduate of Logan, Utah’s, Fast Forward Charter High School and recipient of Energy Solutions, New Century and USU academic scholarships.

As an astrophysicist, Nydegger’s concern with light pollution is obvious: It interferes with her viewing of distant celestial objects. But she points out much broader effects.

“With uncovered outdoor light fixtures, as much as half of a light’s source is wasted,” she says. “That means energy to power the light is also wasted.”

An unshielded light pointing toward the sky doesn’t improve visibility, she says. “In fact, it causes glare. Light fixtures situated lower to the ground with some sort of ‘cap’ actually provide better, more focused illumination with less energy.”

“I know people want to be illuminated at night because it makes them feel safer,” she says. “But crime statistics indicate light focused at the ground may actually be safer.”

Closer to home, she says,  artificial lighting can have detrimental effects on many other wildlife species including insects, amphibians, migratory birds, as well as bats and many other mammals. Light attracts some animals to illuminated areas where they’re more vulnerable to predators. In other cases, light repels some creatures from critical habitat needed for food, breeding and shelter.

“Light pollution can be reduced with cost-effective changes,” says Nydegger, who notes USU Facilities has already modified many fixtures on campus to increase visibility and energy efficiency.

“Simple fixes can make a big impact,” she says. 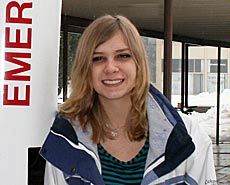 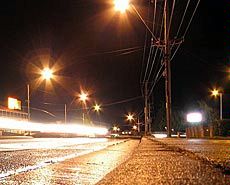