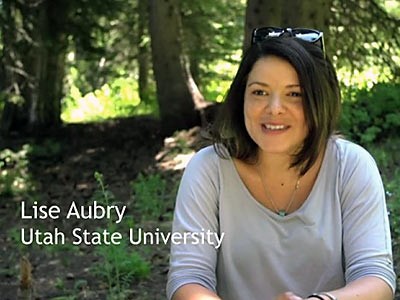 Climate change affects different species in different ways. A starting point in studying these effects is to select an abundant species, which allows researchers to reach large sample sizes easily.

But the small hibernators, known locally as “potguts” and nearly ubiquitous in central Utah and neighboring regions, can provide insights about other hibernators that aren’t doing so well.

“Hibernators, I would say, are amongst the most sensitive species around the globe when it comes to changes in climate,” says Aubry, assistant professor in USU’s Department of Wildland Resources and the USU Ecology Center. “What we can learn from Uinta ground squirrels can be applied to imperiled species of hibernators.”

According to a University of Utah study, average annual temperatures in Utah have increased 2.7 degrees Fahrenheit during the past century.

“That might not seem like a lot to us,” Aubry says. “But for hibernating species, it can mean a lot.”

But Aubry found studies of the little rodents conducted in the 1960s and 1970s by USU alumni Norman Slade ‘72 PhD and David Balph ’64 PhD along with other Aggie researchers.

“For me, it was a gold mine,” she says. “Because I have historical data from 50 years ago, I can draw comparisons and see how things have changed for these squirrels in light of the warming that we’ve seen over the past five decades.”

Aubry and her students have tagged about 600 individual squirrels and are measuring the animals’ body mass throughout the growing season and estimating their reproduction and survival.

The squirrels hibernate about nine months of the year, leaving them just three months to fatten up for their long winter nap.

“They really have to pile up the pounds, when they’re above ground,” Aubry says.

And packing on weight is what they’ve been doing, she’s found.

“Today’s squirrels are fatter than their predecessors of 50 years ago,” Aubry says. “That’s probably correlated with a higher chance of surviving, and survival really drives the dynamics of the overall population.”

That seems like a benefit of climate change, she says, which may come as a surprise to many observers. 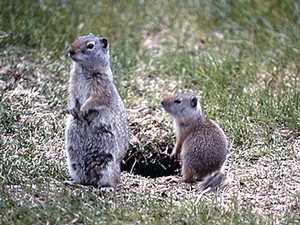 Climate change can affect certain species positively, as appears to be the case with the Uinta ground squirrel, says USU researcher Lise Aubry. These effects can also affect the food chain in unpredictable ways. Photo by Roger Wilson, NPS. 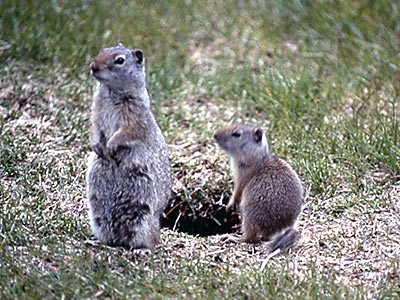