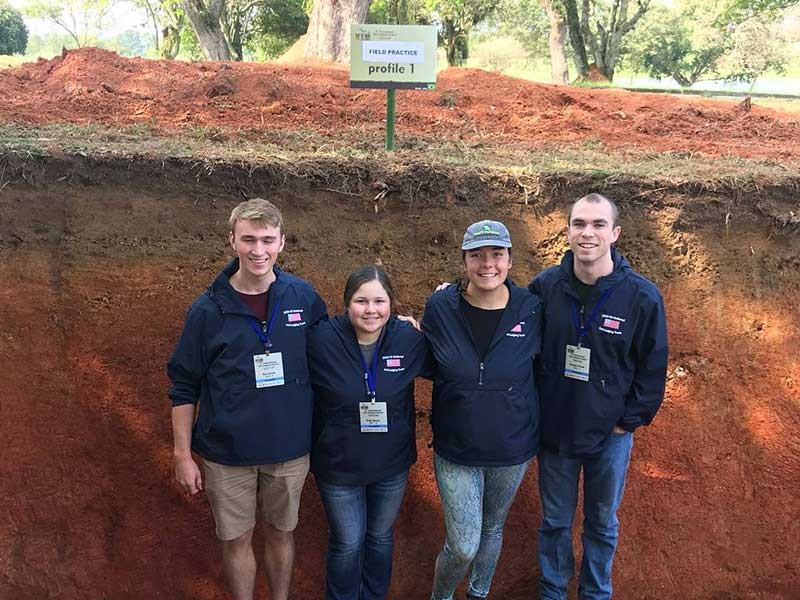 The differences between dirt and soil may not be an argument most people take seriously, or even think about. But to soil scientists, dirt and soil are definitely not the same thing. Emma Thompson, a senior studying land, plant, and climate systems with an emphasis in soil science, said soil is much more complex than dirt.

“It drives me nuts because dirt is what you sweep up off of your floor and it’s what collects in your vacuum,” Thompson said. “It’s funny to get worked up about it, but I feel like every soil scientist I’ve ever met has gotten worked up about the word dirt.”

Thompson’s passion for soil and agriculture led her to being a top finisher in regional, national, and world soil judging competitions. This summer, Thompson participated in international competition at the 21st World Congress of Soil Science in Rio De Janeiro, Brazil. She judged individually and with a team representing the U.S.

“The competition consisted of two team pits and two individual pits and they were doozies!” Thompson said. “They were tough pits, but they were so much fun!”

In these soil pits, different horizons or layers of soil stacked on top of each other are visible, representing the environmental conditions of each time period. Thompson said each of those layers give scientists clues about the history of the soil. By taking samples the students look at the texture to determine what the soil structure looks like and how water moved in the soils.

Labeling the soil is the easy part. Thompson said the interpretation can be more difficult.

“The interpretation allows you to answer questions,” she said. “How much water can it hold? How freely does water move throughout the profile? Can I grow vegetables on it? Can I do forestry on it? Can I build roads on it?”

Thompson said she made friends with other students from around the world, but when it was time for the competition, Team USA was all business. Two teams from the U.S. competed in the contest – Team 1 took first place in the group competition and Team 2, Thompson’s team, took second. Thompson took 12th in the individual category and her team took first in the combined scores category.

Soil judging is like being a soil detective for Thompson. She said the soil is full of life and humans need it for growing food, building structures and supporting life; essential things dirt just can’t do. 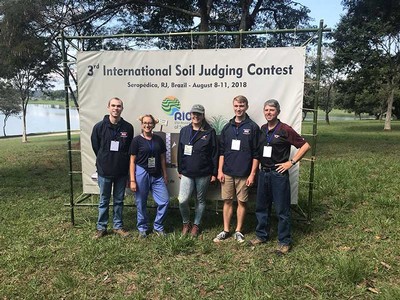 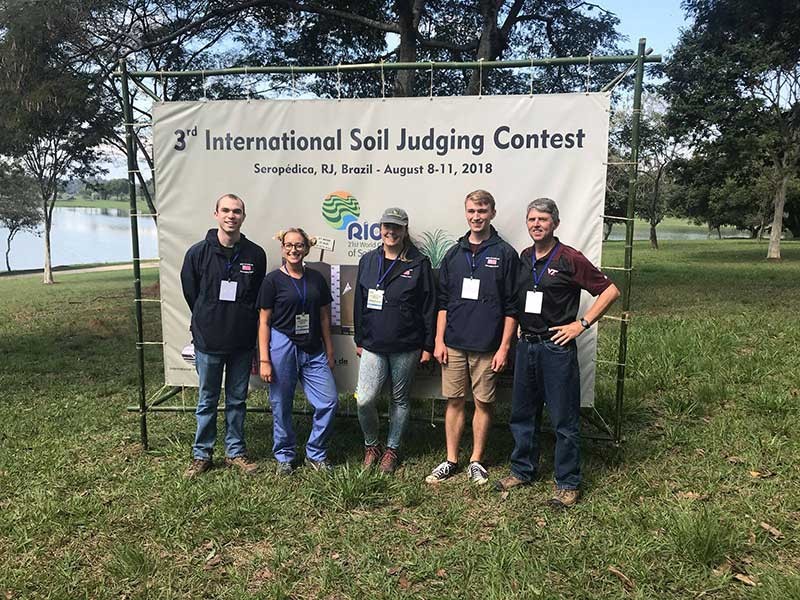