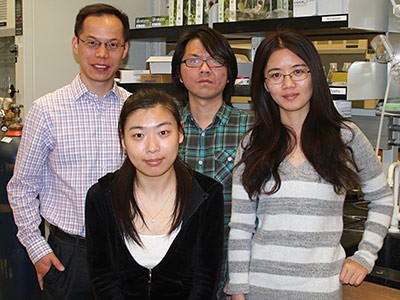 A paper recently published in a leading international chemistry journal by Utah State University chemists has been selected as a highlighted article for an upcoming issue.

With faculty mentor Yujie Sun, graduate students Nan Jiang and Meili Sheng, along with postdoctoral fellow Bo You, published novel findings on water-splitting technology in the April 20, 2015, early online edition of Angewandte Chemie International Edition, a journal of the German Chemical Society. Their paper, along with a cover position featuring the team’s research, will be highlighted in a future print edition.

“Very few papers submitted to this journal are given this special designation,” says Sun, assistant professor in USU’s Department of Chemistry and Biochemistry.

Sun’s team is investigating electrolysis of water or “water splitting”: the chemical reaction in which water is separated into oxygen and hydrogen. Efficient and cost-effective water splitting remains the Holy Grail for widespread, affordable energy production from sustainable energy inputs, such as solar and wind.

“Splitting water molecules is simple on an experimental basis, but difficult and expensive on a large-scale basis,” Sun says. “The sluggish kinetics of converting water to hydrogen and oxygen reveal the need for effective catalysts; that is, substances that can increase the rate of this chemical reaction.”

He says there are two sides to overall water splitting: making hydrogen and making oxygen. Until now, catalysts have been found that work well for one or the other, but not both.

“Not having catalysts competent to handle both reactions in the same electrolyte has been a huge bottleneck for large-scale water splitting catalysis,” he says.  “The sun doesn’t shine in one place 24 hours a day. It’s better to convert and store energy in chemical forms. Solar-driven water splitting to produce hydrogen and oxygen is an appealing strategy in that perspective.”

Sun envisions development of effective semiconductors to absorb solar energy and coupling them with bifunctional catalysts for overall water splitting.

“Our current fossil fuel resources are finite and also a major source of pollutants,” he says. “Overall water splitting with renewable energy input to produce hydrogen and oxygen opens the door not only to a cleaner source of energy for growing transportation, heating and industrial needs, but also for production of fertilizers critical for our global food supply.”

Sun and his team’s research is supported by the Governor’s  Energy Leadership Scholars Grant and Principle Energy Issues Program of the State of Utah, as well as USU. 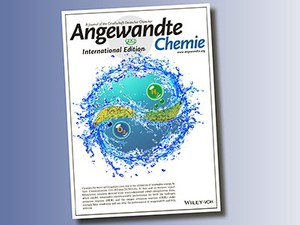 Sun and his students' created this cover to illustrate their research. Their paper was among a select few selected to be highlighted in one of the journal’s cover positions. 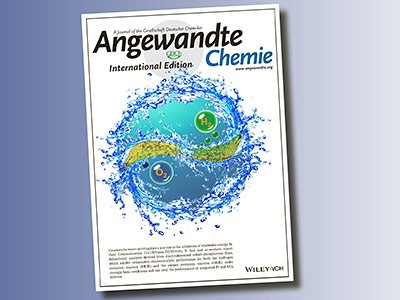