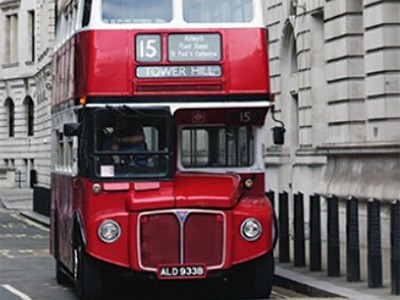 (photo from The Utah Statesman Online)

By Alyssa Hawkins in The Utah Statesman Thursday, March 5, 2015

Spring break is the time to kick back and relax, get a nice sun tan — or sun burn. It’s a time to completely forget that midterm you just flunked and do absolutely nothing for an entire week. At least, that’s what most people think.

Many students have big plans for the upcoming spring break, ranging from a cruise to Mexico to getting wisdom teeth pulled. But choosing to spend the entire break in the service of others is exactly what some Utah State University students have in mind this spring.

For freshman Marissa Bailey, who is studying special education, her spring break will consist of volunteer work in Nicaragua.

“I am going with two of my uncles, three cousins and a person who works with the organization we are going with,” Bailey said.

Bailey and her family are involved with Cause for Hope, a charity organization dedicated to helping developing countries become self-reliant, according to their mission statement found on causeforhope.org.

“We adopt a city for two years and go on trips there periodically throughout those years,” Bailey said.

For eight days, Bailey will be travelling around Nicaragua, giving her time and providing service to those in need.

“We are meeting with local leaders, touring markets, visiting clients of CFH and helping with their businesses, painting a medical clinic, hiking, hopefully playing a couple pick-up soccer games and a bunch of other stuff,” Bailey said.

While the warm weather in Nicaragua will be a nice change from the chills of Logan, Bailey said that the biggest reward will come from being with the people.

“I’m excited for the 90-degree weather and to meet and help all of the people,” Bailey said. “I think it’ll be so fun to play soccer with them and just interact.”

There are other students who are also putting their spring break to good use. Tyler Humphrey, a sophomore studying engineering, plans to spend his break working to save up for school and other expenses.

“I wish that I could go out somewhere cool like the beach or even St. George or something like that, but for me that’s just not a realistic option,” Humphrey said.

Humphrey, who works for an odds and ends construction company, recognizes the importance of saving and spending money wisely.

“I think that taking a break would be super nice, but I have school to pay for, living expenses that I have to take care of, and I think that it will be good for me to just focus and earn up a bunch to help get me by the rest of the semester,” Humphrey said.

Humphrey said that while it is good to take time off, he would rather be productive now and take a longer break later during the summer.

For many students, spring break is also a great option when it comes to study abroad programs. Some students from the Huntsman School of Business plan on touring London, England.

Rachel Clark is a junior majoring in business administration, who will have the opportunity to travel with the business school.

“I have always known that I wanted to travel abroad, and when Liz Allred came and talked about the Go Global program in one of my classes, I was interested immediately, so I made an appointment to talk to her more about it,” Clark said. “After talking to her for about a half hour, I was completely sold on the idea and started applying.”

The group will be touring a variety of companies in London, such as Barclay’s Bank, Goldman Sachs, Medopad and Windfire. Clark, who graduated high school with her associate’s degree, said she is thrilled about this educational opportunity.

“I’m most excited to get out of the U.S. and see what there is to see and to learn,” Clark said. “There are so many amazing opportunities out there, and I’m absolutely ecstatic to go and find these opportunities and take advantage of them.”

Both Clark and Bailey agreed that having a week off from school will not only be relaxing but also a good time to refocus and reprioritize.

“By having a week during the school year where we can vacation, it helps us appreciate that time more and make the most of it,” Bailey said.

As a busy student, Clark said she believes having an entire week is the perfect amount of time to spend away from exams and stress.

“I think it’s important to have the break in between so we all don’t go crazy,” Clark said.