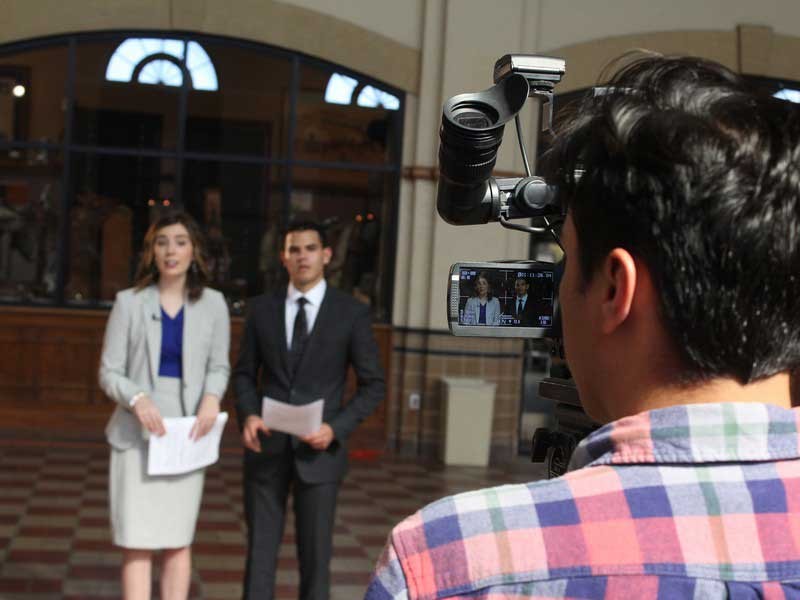 JCOM broadcast students Ayanna Likens and Zachary Aedo are the hosts for a new student-produced documentary airing on the state's largest public television station. The half-hour program, titled "The Last Spike: How Utah Linked the Nation," explores the effects of the Transcontinental Railroad that still shape Utah. It airs Friday, Sunday and Tuesday on KUED7.

Indeed, the quality of life Utahns enjoy now rests entirely on that golden spike driven home on May 10, 1869 – 150 years ago today -- in a remote stretch of Box Elder County.

A new documentary produced by Utah State University broadcast students and airing on public television beginning May 10 examines the railroad’s continuing influence. The title is “The Last Spike: How Utah Linked the Nation.” It airs Friday, Sunday and Tuesday on KUED7, the state’s largest public television station.

The half-hour documentary also examines the social and economic changes that endure through today.

Viewers can watch the documentary at these times:

Utah Public Radio, an affiliate of National Public Radio, also commemorates Spike 150, the 150th anniversary of the Transcontinental Railroad, with “Ride the Rails,” an original program that the station calls “a storytelling expedition uncovering the forgotten stories of the early railroads.”

This radio program will be aired at 3 p.m. Saturday, May 11. It can also be streamed at UPR.org.

For the documentary picked up by KUED, the team of a half dozen students began in January collecting material, tracking down authoritative sources and shooting footage.

“Once our students got on board, they ran with it,” said Garff, who also advices the JCOM broadcast news team for Aggies TV.

Archaeologists and historians in the College of Humanities and Social Sciences were interviewed, as well as experts from Brigham Young University. There’s also the viewpoint of a descendant of Chinese laborers.

The students wrote and edited the entire documentary, with the two faculty members only stepping in to keep deadlines met.

As they watched the finished documentary, Garff and Champagne, both long-time Utahns, said they learned a lot of new angles from their student reporters. Garff was taken aback by the devastation the railroad wrought on Native Americans, not only with the influx of settlers, but also the systematic destruction of Native Americans’ crops and other food sources.

“Essentially, once the railroad was competed, it pretty much ended  Native Americans’ way of life,” he said.

The documentary is being shown on KUED under the auspices of Cache Rendezvous, the TV news magazine produced by the Aggie TV broadcast staff.

The majority of the reporting team graduated this spring and headed off to media jobs across the country. That means no watch party, Champagne says sadly.

But on the bright side, he adds, “This is a big notch in their belts. Not many students walk out of college saying, ‘I produced a 30-minute documentary for a public TV station.’” 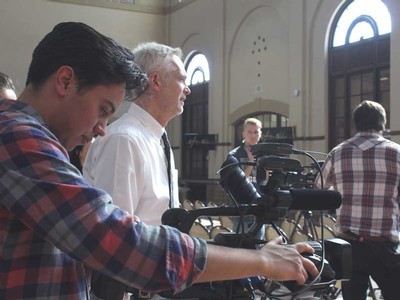 JCOM broadcast student Eddie Collins makes camera adjustments as the crew records the introduction of a new documentary that will air this week on the public television station KUED7. In the center, Brian Champagne, professional practice associate professor in JCOM, watches the filming, which took place in Ogden's Union Station. 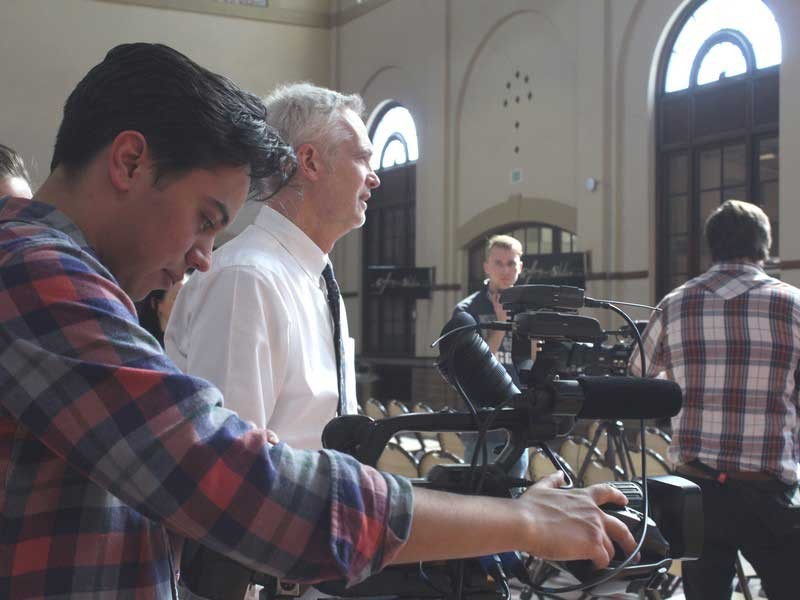 Because of safety precautions in place to limit the spread of COVID-19, the Campus Store in the Taggart Student Center will allow limited numbers of customers inside the store at any one time. 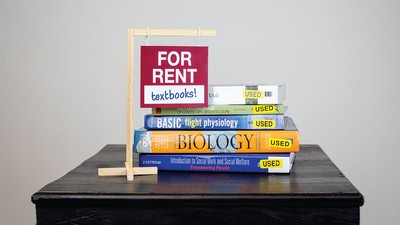