"What’s the best way to preserve soil for future generations?" Utah State University Professor Philip Rasmussen asked a crowd during his speech on sustainable agriculture in the west. "Answer: three feet of concrete."


Even though it probably is the best way to ensure proper soil for future generations, it's obviously not practical to cover it with concrete for protection. In addition, it reduces productivity to zero. But Rasmussen said the nation has to do something to protect this critical resource on which the nation ultimately depends for its food source.

"We want to produce as much in 2050 as we are producing now with the same natural resource base," Rasmussen said.

Utah State operates the Western region of SARE, including 13 states and U.S. trust territories in the Pacific. In fact, SARE distributes over $4.2 million to the region each year in grants for research and education, and for experimentation and development by farmers and ranchers.

"We thought it would be easy," Rasmussen said. But obviously it’s a big job with many responsibilities.

Over $20 million has been distributed since SARE was headquartered at Utah State in 1994 and roughly 599 projects have been administered in order to sustain agriculture and protect the environment.

SARE is not typical among organizations either. Its reputation is "Not Business as Usual." According to Rasmussen, it is more open to innovative research programs and welcomes new ideas and inventive ways of doing things.

SARE's key to success: being productive while conserving. It is striving to make the most efficient use of nonrenewable and on-farm resources and, when possible, integrate natural biological cycle controls.

Additional program information can be found at www.ag.usu.edu. 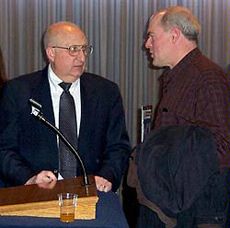