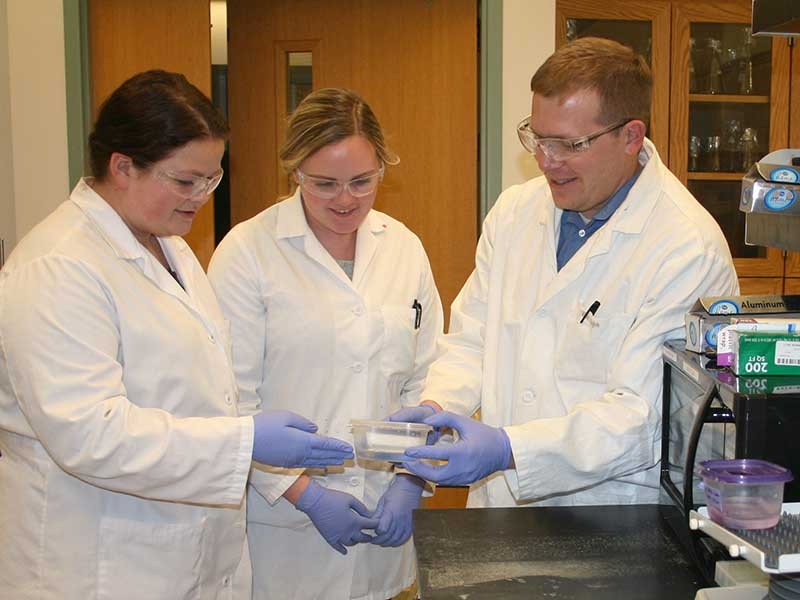 And, yes, certain CRISPR-based immune systems, such as “CRISPR-Cas9,” which stands for “Clustered Regularly Interspaced Short Palindromic Repeats/CRISPR associated protein 9,” are simple, yet powerful genome editors. Bacteria use CRISPR systems as a defense to chop up the DNA of invading, bacteria-killing viruses.

USU undergrads Melena Garrett and Riannon Smith, both biological engineering majors, are exploring a little-known type of CRISPR in Jackson’s lab. The pair are among about 30 Aggie scholars selected to present research to state legislators at 2018 Undergraduate Research Day Feb. 28, on Utah’s Capitol Hill. The annual Salt Lake City event highlights the importance of research in undergraduate education.

“Our research is to combine the separate genes of the Type IV CRISPR system into a single cell line,” says Garrett, who graduated from USU in Dec. 2017.

“We’re working to discover the structure and function of these individual proteins and their potential complexes,” says Smith, who graduates from USU this spring and plans to pursue a doctorate in chemical engineering.

An aim of CRISPR research, the USU researchers say, is to harness its ability to target specific genes, including those that cause genetic diseases such as sickle cell anemia and cystic fibrosis, as well as viruses like HIV.

“CRISPR holds a lot of promise for curing and preventing many diseases,” Smith says.

Garrett, who plans to pursue graduate study in biomedical informatics, says participation in undergraduate research “opened a lot of doors” for her.

“Working in Dr. Jackson’s lab is helping me compete for graduate school admission and has prepared me for rigorous studies,” says the Florida native.

“Being involved in undergrad research solidified my interest in pursuing research as a career,” she says. “It helped me see and explore a whole world of possibilities.” 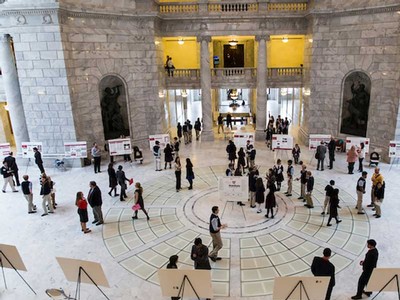 USU scholars Melena Garrett and Riannon Smith are among about 30 Aggies slated to present their research to state legislators in the Utah Capitol Rotunda for '2018 Undergraduate Research Day' Feb. 28, in Salt Lake City. Courtesy iUTAHEPSCoR. 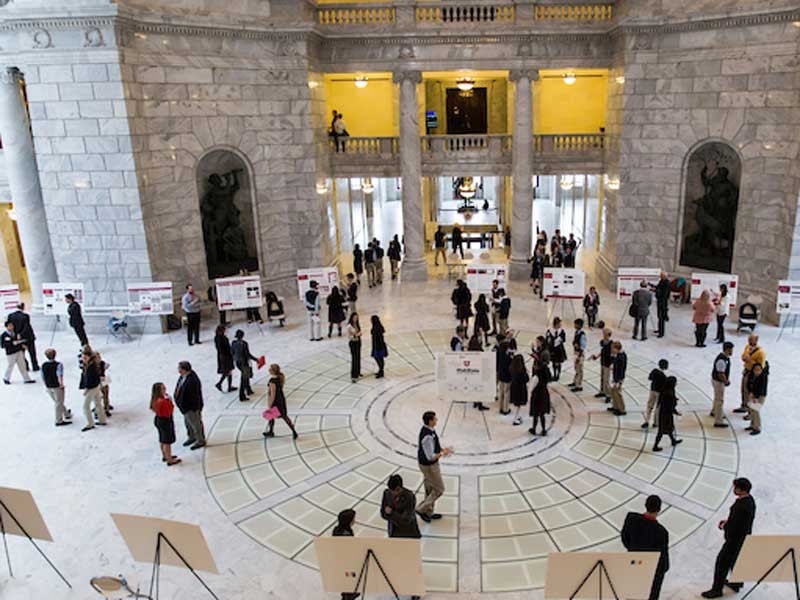